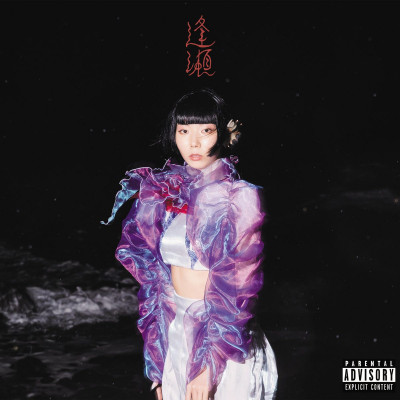 A U Se by Sari

The 2010s will never be remembered as a particularly exhilarating time for music but one of its more interesting artefacts was the rise of the anti-idol, a primarily Japanese movement designed to challenge the norms of the idol-pop industry while still working within it. While groups like Babymetal filled arenas and the likes of BiS courted controversy by directly confronting the misogyny and exploitation that was rife, there was an underground filled with bands like Necronomidol, gleefully mangling genres in so many sweaty, cupboard sized clubs. The movement still continues but some, like former Necronomidol vocalist Sari, have branched out to become free of the constraints of idol pop. As it turns out, this was a blessing as Sari’s debut EP is one of the most chilled, touching and effortlessly cool synthpop records in memory.

Opening cut ‘Mawaru’ is an early indicator of exactly where Sari is willing to take her sound, layering clattering, freehand percussion with solid, insistent beats to create a baseline that is both hectic and remarkably sparse before bringing her voice into the fray. Breathy and sweet, there’s something almost pained about Sari’s delivery yet it is the melodic driving force behind her music, and with it she sets a tone of earnest charm and experimental idiosyncrasy that foretells what is to come.

‘Tojikome Ta’ demonstrates more fully Sari’s vocal range, shifting tone and tempo as synth strings warble and flutter behind her. Crackly bursts of classical guitar split the song in two before Sari repeats from the top, terse, rapid-fire bursts of spoken word juxtaposing her high, melodic notes that carry such a bittersweet weight. ‘Syokyushi’ is perhaps the closest to a classic pop track here, with an irresistible vocal hook doing much of the heavy lifting. It’s a denser, more layered sound that’s in keeping with her idol roots but there are still enough outré elements – frazzled guitar licks, scattershot percussion – that it keeps perfectly in line with her personal brand, defiantly odd and beautifully fragile.

As the one song that lies outside of the 3-4 minute pop standard, the comparatively epic ‘Sari no Shitaku’ is a standout moment on a record that isn’t short on them. A massive vapourwave banger, it’s a bewilderingly fun inclusion to A U Se, all squelchy synths and disco beats that gives Sari free reign to just let her voice run free without having to carry all the melodic weight on its own. Comparatively, ‘Tohiko’ sees Sari back on more familiar ground, utilising only sparse beats and soft flutters of piano to accessories her voice. The one shift is that ‘Tohiko’ lends it more emotive heft, her voice often cracking under bittersweet plaintives. Perhaps it’s the fact that this contains some of the few English phrasings within the record that it seems more relatable to a western ear but nonetheless, it feels like an outpouring of naked emotion that would have been impossible for her to express within a group environment.

Closer ‘Kyokyu’ is the ideal climax to this record, swinging back round to the breathy, gentle delivery of its opener but making good use of the emotional momentum that she has built up since then. It’s another example of what looks to be Sari’s superpower, namely making so much out of so little. She takes a largely minimalist approach to her infectiously out-there pop and there’s an inherent surprise with every moment of this record that it’s as expansive as it is. In just over 20 minutes, she takes the listener on a vivid and meticulously narrated journey and every time that trip ends, the urge to dive right back is indescribable.