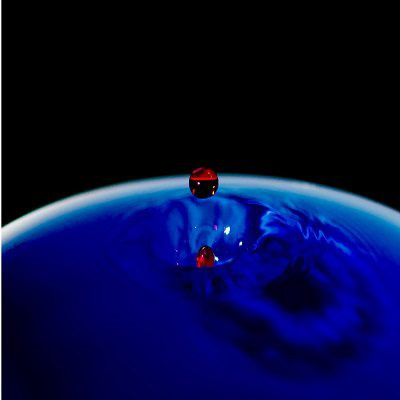 The Seven Ages of Starlight by Art Griffin's Sound Chaser

It’s been six years since Art Griffin’s Sound Chaser released their debut album Visions from the Present. With an amazing cover done by Roger Dean and years it took to complete the album, Griffin has proven listeners that he is no fluke. Now in the year of our lord 2022, the band have recharged their batteries and have taken listeners on another round trip to The Seven Ages of Starlight.

Recorded from 2015 to 2017 at Art’s studio where as the drums from Steve Negus at his Blue Room Studio while Styx’s Todd Sucherman recorded two tracks in his studio in Texas, as guitars and violin parts from Kelly Kereliuk and Victoriah Yeh were done at Art’s Studio, everything seemed to be going according to plan. But everything changed two years ago in March when COVID hit.

That’s when the band members decided to record their parts online during the pandemic. And to bring the Starlight album to life during these tricky times, Art has ways to lift our spirits up.

Listening to The Seven Ages of Starlight is like watching one of those IMAX films you would see at the Museum of Natural Science whilst being in awe of the various landscaping atmospheres that are on the big screen. And Art’s visionary stories are worth the exploration that will make your jaws drop like there’s no tomorrow.

‘Ride to Valhalla’ becomes this exotic seeking view of mid-volcanic eruptions between Kelly and Victoria’s instruments dueling each other’s improvisation by going for the jugular inside the boxing ring along with Jamie Glaser to add that final crunch to the composition. But it’s the hallucinated vision of ‘Total Eclipse’ that will make you hurl through the cosmos.

Griffin raises the temperature levels higher on his keyboards to give Vicky more insane vibes to launch another full-scale attack before the clash of Kelly, Art, and Steve go for a brutal monstrous vibe whilst Yeh channels not only Jean-Luc Ponty, but Atoll’s Richard Aubert and Premiata Forneria Marconi’s Mauro Pagani.

But it’s a dive down to the oceanic waters of ‘JLP’ where Sarah Westbrook takes charge on the keyboards. Griffin give his guests carte blanche and they have massive ideas for him to bring the ship to life and make the jump to light-speed whenever it’s ready.

It isn’t just the artist the Griffin likes, they come to lend him a helping hand to bring this story to life. Saga’s Michael Sadler does some vocalisations on the Morse Code turned journey home atmosphere for the ‘Seventh Wave’ to occur as they bring along some Italian prog-rock cooked meals to make out mouths watery.

‘Chasing Sound’ is a nod to two bands; Camel and Locanda Delle Fate. You have the combination between the Moonmadness-era and Forse le lucciole non si amano più with it’s atmospheric, Canterbury-sque nod to Peter Bardens and Michele Conta, and a train ride towards the unknown.

Everything must come to an end as ‘All of a Sudden It’s the End’ brings the Starlight home back to Earth whilst the band members bring the story in full with Sucherman leading the charge as Griffin’s fiery bass lines on his Rickenbacker, carries the climatic wah-wah approach he would add towards his keyboard to make one final jump.

The Seven Ages of Starlight has some amazing boundaries that Griffin has brought underneath his sleeve. He and his teammates have cooked up some strange experiments inside their own laboratory. And this here, is a real corker that you are about to embark on.