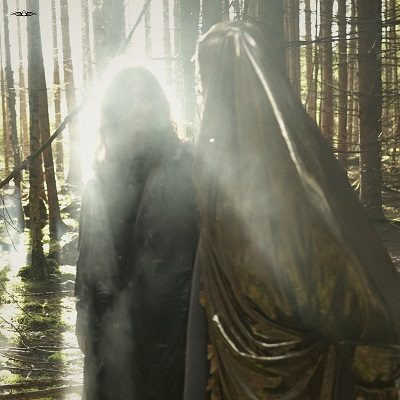 For a band that’s been around for 33 years with various line-up changes, Norway’s own Motorpsycho is still growing stronger than ever! Taken their name from the 1965 film by Russ Meyer, the band evolved from noise-hard rock to a jazzy, psychedelic swirl. And it proves that the fires are still bringing like crazy with their latest follow-up to 2021’s Kingdom of Oblivion entitled, Ancient Astronauts.

Four songs clocking in at 44 minutes, it gives you all the time you need to make the jump to light-speed. When you put on a Motorpsycho album on, whether it’s Heavy Metal Fruit, The Death Defying Unicorn with Elephant9’s Ståle Storløkken, The Crucible, Here Be Monsters, or Still Life with Eggplant, you know that you’re embarking on the ride of your life.

While I’m not the biggest Motorpsycho fan, these guys can do no wrong in my book when you travel into space with the Ancient Astronauts. There’s a strong mixture of space, time, krautrock influences, full-scale invasions, mellotrons galore, and insane arrangements with mellowing textures that’ll put your seat-belt on to go on this crazy-ass roller-coaster ride the trio put together from scratch.

‘The Ladder’ opens the album by continuing where Rush’s ‘Cygnus X-1: Book 1 – The Voyage’ had left off as the three piece get down to business with attacking riffs and hypnotic solo work from Hans and Bent. They go in for the kill between mellotrons and fuzz tone bass lines.

Bent goes in to search for the missing astronaut, the main character from the ‘Cygnus’ story, who had disappeared for months. You can tell that he was almost hypnotised by the black hole, but he knows that he didn’t want to repeat the same mistake his friend went into.

‘The Flowers of Awareness’ is a two-minute instrumental piece, channeling the styles of Cluster’s first two albums. It’s like entering the dark tunnels filled with nightmares, troubled childhood memories, eerie imagery, and screeching whispers that would have made Ligeti proud.

Then, it segues into the 12-minute epic, ‘Mona Lisa Azarel’. The first three minutes becomes a helical staircase to King Crimson’s Red sessions by making an extended intro to the closing track, ‘Starless’. Tragic, loss, cut off from the real world, and being isolated, you feel the loneliness, and the sense of not finding any help.

In the last seven minutes of the piece, Motorpsycho transforms themselves into The Mars Volta by going into a free-for-all improvisation that is like a ticking time bomb waiting to explode. And once that bomb explodes, they go batshit crazy thanks to Bent’s morse code effects on the bass.

Tomas then lights the fuse as he transforms into a snarling blood-thirsty werewolf and pounds the shit on his drum kit with incredible punching effects like crazy! You can tell that Hans channels the styles of Omar Rodriguez-Lopez and CAN’s Michael Karoli with frantic vibrations as the war becomes tighter and bloodier with disturbing elements.

The last track, ‘Chariot of the Sun – To Phaeton on the Occasion of Sunrise (Theme from an Imagined Movie)’, try saying that three times fast, brings everything to a standstill. The 22-minute epic sees Motorpsycho coming towards the mountain top.

Hans channels the chord structures of the Ummagumma-era of David Gilmour and the Moonmadness styles of Camel’s founder Andy Latimer. There’s a sign of relief by going from major to minor chords in between as he plays both electric and acoustic guitars. He’s a one man band when does that.

Both Bent and Tomas set up this dooming improvisation by giving Hans more creative freedom. There’s also some strong vibes of Manuel Göttsching’s textures as they make the journey home in Ash Ra Tempel’s spaceship.

It’s quite a perfect set-up for them to go into this insane Stargate sequence throughout the rest of the suite as it becomes a swirling, hallucinated ride home back to Earth with insane time changes and creative short-cuts. Ancient Astronauts is an album like no other.

Motorpsycho have finally reached the journey home with incredible results that’ll have us guessing until the very end.