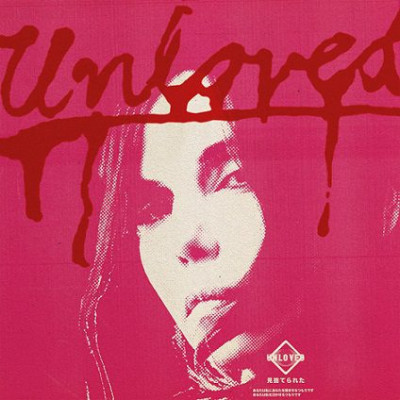 The Pink Album by Unloved

Keefus Ciancia (producer, keyboardist, creator of soundtracks) met Belfast DJ/Soundtrack producer David Holmes in Los Angeles, inviting him to the Rotary Room in Los Feliz, where vocalist Jade Vincent was singing. Holmes was asked to DJ and then curate another few nights and out of these encounters, Unloved were born. Their debut album Guilty of Love, released in 2016, initiated their unique sound, followed on by 2019’s Heartbreak. These albums led to Unloved perfectly sound tracking the hit TV show Killing Eve. The haunting twisted tones of their retro sounding pop added another level of menace and enhance the weirdness of the show. Their new album is a sprawling 90 minutes long across a staggering 22 tracks. Inspired by the artwork of Julian House, this extensive collection is entitled The Pink Album.

Opener ‘Rainbrose’ features booming bass and kooky electronics trading blows with that glorious 60s close harmony vocals that Unloved are notorious for. A very striking intro to the album leading into the excellent ‘Waiting For Tomorrow’ which totally transports you back to film noir soundtracks from the 60s and David Holmes absolutely nails the sound with sublime production and carefully selected instrumentation. The track is rich with detail, with multiple layers of sounds and hooks. It’s an utterly unique sound in this day and age.

Early single ‘Mother’s Been A Bad Girl’ is a glam rock stomper that somehow manages to drag you into some comedown psychosis bad place. It does feature lovely synths though, that swirl and bring a little brightness to the mire when allowed to flourish. ‘Turn Of The Screw’ is an up-tempo electro punk song with Raven Violet giving a nonchalant “Screw You” in the defiant chorus. ‘Foolin’ is a smorgasbord of whacked out Tom Waits-ian percussion and turbo synths that jump out of nowhere and hyper shift your brain.

With such varying creative forces behind the project, the album occasionally suffers though. ‘Girl Can’t Help It’ tends to rely on sonics in favour of any sort of memorable melodies or structure. The disturbingly claustrophobic ‘I Don’t Like You Anymore’ gets bogged down in sound effects which completely swamp any semblance of melody. ‘WTC’ fires along on a steam train chuff-chuff beat as a myriad of fairground synths bleep with abundance over the kaleidoscope sounds. The aptly named ‘No Substance’ is a drag of a song with swampy instrumentation and zero memorable content.

The electro blues track ‘Love Experiment’ features woozy synths over a nondescript basic electro beat that has a sickening twist, as guest vocalist Etienne Daho goes all pervy. It succeeds in sounding dirty and filthy, but not in a good way. ‘Call Me When You Have A Clue’ contains throbbing bass and shards of distorted guitar which spew forth into a bilious mix as Jade mumbles and moans while Jon Spencer does his ‘thang’ outside her window. I haven’t heard anything as fucked up in a long while. ‘To The Day I Die’ uses a spacious booming beat as soothing atmospherics sigh and fade, but Jade seems at a loss as to what to do over the top of this and sounds wasted with some lacklustre vocals.

The tender ‘Walk On, Yeah’ paraphrases ‘Norwegian Wood’ with the lyrics over a barren soundscape of ambient synths but the song only briefly elevates near the end. ‘There’s No Way’ features sumptuous sweeping strings but the song refuses to flow and stops and starts infuriatingly allowing style to get in the way of substance.

Up until now my focus has been on the songs that I didn’t really enjoy, but there are some classy moments on the album. ’Now’ has beautiful flickering synths and heavenly vocals interspersed with perfect handclap pops. The song shimmers and skanks seductively as Jade drawls out her lines with salacious menace. ‘Lucky’ is a supremely messed up spook ballad that features some marvellously experimental instrumentation and spaced-out vocals. The Krautrock influenced ‘Sorry, Baby’ is spartan compared to the other tracks, as the synths take a breather and the beats go minimalist. When the track opens up and the backing vocals swoop in, the song takes on a brighter turn. ‘Number In My Phone’ sounds vaguely like the (Fugee sampled) Enya track ‘Boadicea’, as the vocals tenderly lay out the baseline on top of a stunning handclap heavy clipped beat. The melody is bursting with melancholy and shows what Unloved can do when wearing the right hat. Album highlight ‘Boowaah’ is based on a slamming beat that samples my all-time favourite drumbeat (Led Zeppelin ‘When The Levee Breaks’) in the most wonderfully twisted way. This track serves best played at full volume, the kind of tune that would fit gloriously into the soundtrack of a David Lynch movie. With some delectable “oo-oo-oo-oohs” and the wondrous baritone of Jarvis Cocker lending a hand, the downbeat ‘Accountable’ shifts into a trippy pitch hopping head melt at the end as they ask “What ya gonna do? Kill me?”. The gorgeous ’Ever’ recalls Karen Carpenter’s honeyed tones as the melody is one of pure delight and joy. Album closer ‘Thinkin’ About Her’ is another glorious blissed out track with sublime strings, orchestral level drums and heavenly vocals and sweet melodies.

I’d enjoyed the retro tones of Unloved’s previous output and still find much to enjoy with their music. Ultimately when a band decide to embark on such an epic journey and indulgently record a double album, it is nigh on impossible to not have some filler in there. Unless your name happens to be Prince Rogers Nelson (Sign O The Times), but even that genius could never replicate that amazing opus despite trying it again. That’s the main issue I have with The Pink Album. It’s just too damn long and when some of the tracks favour style over substance it’s a really hard listen in one sitting. Focus on the best songs and The Pink Album delivers up some excellent and unique retro pop songs that sound like no-one else.