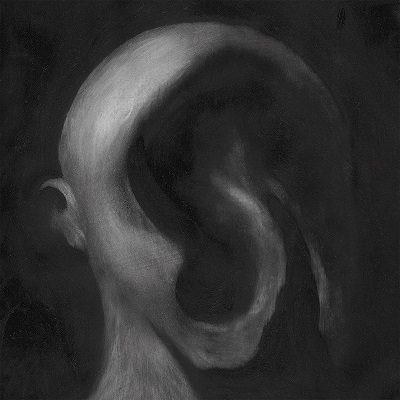 As I continue to look through my albums for another Echoes of the Past feature, I always remind myself on why the music itself clicks with me for many, many years since my late Mom introduced me to the sound of The Beatles when I was very, very young. Music has always been an escape route. Through the good and bad, it’s been there for me whenever I needed it.

I remember reading a blog article called The Power of Music in Difficult Times by David Beer on the Louder than War website two years ago on April 13th. And he mentioned something that really struck with me after reading it. He said, “Music holds all sorts of powers – some of them seem even more important in the harshness of the troubled times we face. Many of these are obvious. But music is also enigmatic, affecting us in different ways, many of which are hard to articulate.”

Beer makes a valuable point on the subject. It makes us look back throughout the hardship we went through. From childhood, pre-teens, life as a teenager, and into adulthood. It takes us through very different locations and gives us a fresh view on what’s happening in the world we’re facing in during the Pandemic.

The 35-minute epic Face, originally released five years ago from Pat Mastelotto & Markus Reuter, started on this project from 2007 to 2011. This is their answer Godfrey Reggio’s Qatsi trilogy as they take us through various musical landscapes mixed in with a mapped out adventure that is the ride of a lifetime. With Tool’s Adam Jones handling the surreal album cover, you can tell that this was a combination that’ll get yourself a weekend with these three genius in a vacation house somewhere across the middle of the Atlantic.

Sixteen guests raging from Steven Wilson, Danny Wilde of The Rembrandts, Markus’ partner-in-crime Fabio Trentini, PAKT’s Tim Motzer, David Lynch’s collaborator Chrysta Bell, and trumpeter Michael Mordecai to name a few, they are brought in to bring Face in all of its glory. 385 bars of music with thousands of edits of more than 200 audio tracks, this was a massive task by taking listeners on a visual journey in an IMAX screening.

Now we ain’t talkin’ about no Disney animated princess’ doing the same old bullshit form of the “I Want” songs, we are going on an adventure that is on the big giant screen that we used to see as kids whether on a field trip or with your parents during the weekend at the Houston Museum of Natural Science in the mid-‘90s. There are moments raging from the swinging era of the 1930s, Crimson-like parallel universes, mixed in with these mysterious entrances to the Twilight Zone, and something straight out of a crime scene in progress as we witness the killer leaving us one massive clue after another.

But just as we go through the violent angry river with stones and logs crossing the canoes with heavier banjo-like duels, it makes a calm landing into the mystic heat of the Egyptian tombs waiting to be opened and revealed the true sun god giving us more details on where to go next. You have to understand something, Reuter and Mastelotto are like journalists finding the missing Scottish physician Dr. David Livingstone in the 1870s in the jungles of Africa.

And what they saw in the good doctor, was only the beginning. The last 12 minutes gives us an insight on what Livingstone has seen through his eyes as he goes into this insane route that the music is giving him. And we know in this dimension, he’s gone completely mad.

You can hear the mountain climbing slide of crossing over from the Floydian vibes from the THRAK sessions, witnessing both David Gilmour and Robert Fripp working together as a team as if they were trying to take a total different spin on the sessions of The Division Bell that is sinister, terrifying, and goosebumping momentum. And boy would that be something if they had done something together.

Face may not be everyone’s cup of tea per se, but it’s bringing different forms of music to life that can be quite the roller-coaster ride. For Reuter and Mastelotto, they got it down so well, we hope that one day they might do a trilogy of this amazing piece of a composition that would give both Philip Glass and Steve Reich a big run of their money to see what is going on behind close doors.