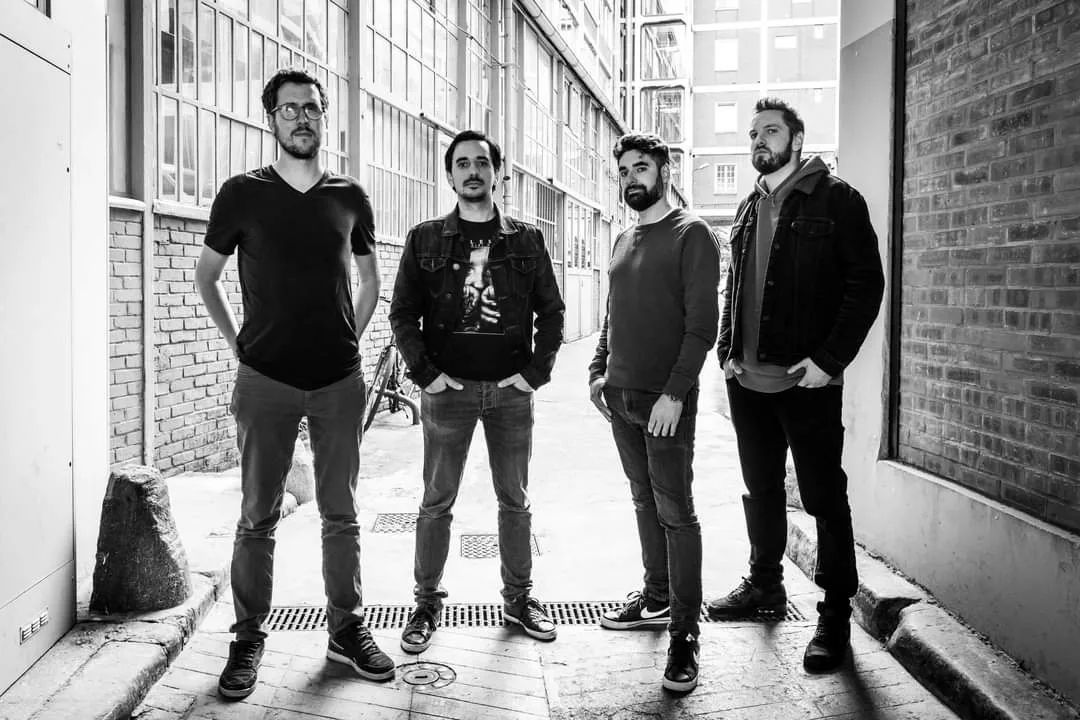 For over ten years French cinematic post-rockers LOST IN KIEV have been creating massive, narrative-driven atmospheric rock opuses that have brought them to play on renowned festivals like Dunk!festival and AMFest, as well as on tours with acts like ENSLAVED or MASERATI. After three years of pandemic-induced inertia, the four gentlemen from Paris return with their new record Rupture which sees them turn the page to a new chapter in their considerable career. Being recorded in a live-setting, Rupture concerns the band’s feelings about the drastic environmental changes that can be perceived all over the world. Casting their eco-angst into nine soaring and explorative tracks, LOST IN KIEV channel a sound that’s raw and pristine, reaching an emotive power beyond anything they have done before.

“Rupture is an album made to express how we feel about the breaking point between modern civilisation and natural life,” explains guitarist/synth player Maxime Ingrand. “Planetary stability hangs by a thread because of too much consumption and other human activities, while many things (pollution, animal life, energy consumption) are at a tipping point. These are things that affect us and that we try to transcribe musically, both negatively and positively.”

Loïc Rossetti (from label mates,The Ocean) supplies the vocals on our featured video, ‘Prison of Mind’, and writes: “I’ve always been a strong advocate of collaboration in the creative arts world. Max asked me if I want to lend my voice to their new record, and I listened to the song and liked it right away, it was well constructed, I liked the music and the melodies a lot. I recorded the track in Berlin in our little vocal booth that we are using with The Ocean. The whole process was very smooth, not a lot of stress due to Covid, and I think we are all happy and proud of the final result. It was a real pleasure to work with them.”

LOST IN KIEV‘s Rupture is released on October 21, 2022 and can be pre-ordered here.