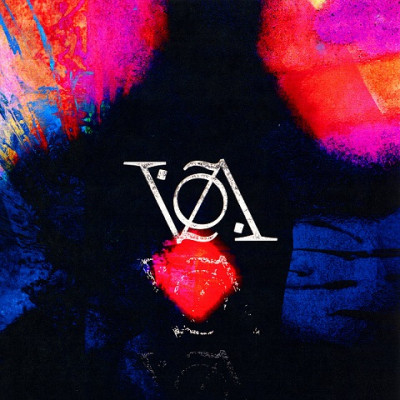 Love In The Void by Hammock

Nashville post-rock duo Hammock are back with their twelfth album, entitled Love in the Void, which the PR proclaims is their loudest album yet. Hammock are a band I’ve listened to before, yet admittedly never really dug into their music with much depth. Well, having to dig deeper to review this album has been a resounding positive for me as it’s a very fine collection of lovely ambient post-rock mostly instrumental tracks that richly reward the listener with repeated plays.

Formed in 2005, Marc Byrd and Andrew Thompson have been creating gorgeous music that should probably have been heard by more people than it has. Their exquisite music hides away in a little niche genre that combines dreampop/shoegaze/classical, or as I may lazily refer to as post-rock. Whatever you want to label it, it’s essentially really very good and this album is indeed louder, and all the better for it.

Opening with the elegant ‘Procession’, a spacious introductory piece that echoes Sigur Rós with a shuddering deep hum and icy shards of feedback drones that resemble slow glacial shifts. Title track ‘Love in the Void’ is an irresistible elegiac shimmering beauty that drifts along with haunting melodies that bring a loving warmth, like hearing voices from the other side. The tracks final section raises the volume and shoots stars with stunning grace. ‘UnTruth’ floats along over an acoustic bedrock, wispy tones shimmer like fireflies and heavily treated breathy vocals are brilliantly fused into the mix to create a wondrous dreamy atmospheric.

In the reassuring ‘It’s OK to be Afraid of the Universe’ languid guitars lazily roll over a clipped beat that adds a bit of snap to proceedings. I dream of summery sunsets and hazy meadows and long for warmer and happier times. There’s a deep melancholy with the melodies yet I feel an uplifting pull because things can only get better, right? Hammock play on the emotions by layering up their sounds to stunning effect. ‘Release’ manages to do exactly that halfway through, with a grandiose swelling that builds up dramatically punching all the trademark post-rock buttons, before inexplicably coming to an abrupt and startling halt! I’m infuriated as I want more of this!

The stunning ‘Gods Becoming Memories’ features a glorious moment when swathes of searing guitars pile in over the lush piano to heighten the sensations and prickle the hairs on the back. The trippy ‘It’s in this Lie’ has robust drums and powered up guitars to raise the volume as the song’s title like a dreamy mantra. At the outset ‘I Would Stare into the Sun with you Forever’ appears to have a rather forced song title, but when you hear the lovely tones and melodies, you realise it fits perfectly with the mood being created. It couldn’t be called anything else. By the end of the track Hammock are truly excelling at their craft and it’s a beautiful thing.

Veering into a slightly different sound ‘Undoing’ has some mighty fine pop tones that flicker with blissful delight. This might be the song that pulls in new listeners with some serious appeal considering the melodies, wondrous backing vocals and overall pristine pop sound. Hammock are the band that I would have wanted Sigur Rós to become. Instead of the Icelandic band drifted into endless ambient soundscapes, Hammock apply a brilliant melodic edge that resonates with emotion and keeps your attention. ‘Absorbed in Light’ shows what can be done when the artist is concise with some great dynamics and focus.

The gorgeous ‘Will We Ever Be Ourselves Again’ is a downbeat and melancholic piece that tugs on the heart strings with some sighing strings and beautiful slide guitar. ‘Denial of Endings’ is an easy rolling ballad and demonstrates that Hammock could easily hold their own as indie songsmiths. Floating along on blissful shimmering tones, the listener is transported to a world without pain.

Ending the album ‘The End is the Beginning’ is a beautifully played piece of instrumental post-rock ambient excellence that is distinctly Hammock. Layers of shimmering tones and atmospherics combine with delicately plucked guitars to create a lush and detailed soundscape. As the track winds to a conclusion, the inevitable epic finish drops but hey, it’s Hammock bowing out in a blaze of transcendent glory and I love it.

As I mentioned at the start of my review, repeat plays are needed for this beautiful album, to appreciate the layers and detail. Initial listens left me a little bit unsure, in terms of grasping what seemed to be a fairly loose collection of lovely sounding music. That’s always a potential pitfall of instrumental music, with song structures maybe taking a back seat. But Hammock do straight up songs too, adding a nice dynamic element to the overall feel of the album. The album manages to stretch out to over 70 minutes, and there isn’t a filler track on it at all. Love in the Void is a lovingly crafted album that gets 2023 off to a great start. It’s a warm and luminescent record to enjoy in the midst of winter.