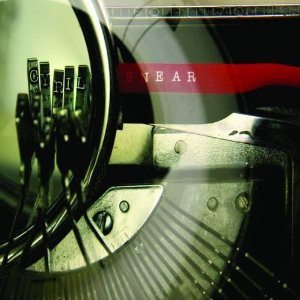 I have been having some Dog Days of Summer writer’s block of late, and I didn’t want to start a review on Cyril Snear’s ‘In Seven Types of Monotone’ that I didn’t think would really do it justice. But I am writing this anyway! It’s time to share my thoughts on what is one of my favorite of a new-to-me crop of bands in Northern UK.

Cyril Snear; the name sounded to me at first like a punk band, but after the first notes of the opening track, ’Glimpses’, I immediately realized that Snear is a complex and talented group, pretty much as far removed from some of the slop that one might encounter in the punk or post-punk worlds.

I feel I need to mention that I was introduced to Cyril Snear earlier in 2011 by a friend and had bought this album, ‘In Seven Types of Monotone’ when I heard the quality of the music. When I took on this writing assignment, I was pleased as punch (I’m American if that expression is unfamiliar, it means very pleased!) to be able to extol the many virtues of these Welsh transplants to Manchester.

Cyril Snear is really hard to pin down musically, only siting a couple of influences that I could find on various internet outlets. I did peg them for Radiohead fans, but their music spans Proggy post-rock and brooding, moody alternative, grungy guitar rock and even a bit of Jazz (especially on the drums). So what else is new? There is a whole brilliant, up-and-coming set of this type of band, especially in the UK. Here’s a hint: Their lyrics.

What really sets Cyril Snear apart from the rest of the best is the lyrical content. Many times of late, when I hear new bands, the lyrics are of the introspective, soul-searching, heart-bearing type; By comparison, Snear’s are largely political and socially critical in nature. They touch many times throughout on subjects like the Israeli occupation of Palestinian homelands, as well as ethnic cleansing or genocide. Having grown up on Dead Kennedys and the like, I am partial to protest or critical songs like this. The difference here is that unless you are really listening, you might miss the message because the music is so good!

If I had to pick a favorite on this album, which would be very difficult, I would go with the ethereal, swirling final track, ‘Aim for the Eyes’. The chorus, combined with the accompanying strings always leaves me checking the music player to see if there is more to be played. The incorporation of a monologue definitely adds to the uniqueness and really has endeared this song to me.

The vocals are mostly delivered in a gentle tenor, barely breaking out of whisper-quiet. The lyrics and the shred of the guitar add a surprising amount of punch, and when the time is right, the guitarist busts out with some loud-hard riffs. The rhythm section holds it all together, including when the trumpet comes in to it. How often do you hear the trumpet in music that is not made to be played for middle-aged hot-tubbers? My point exactly! Snear pull it off and make it a pleasurable, thought-provoking experience.

So, if it’s not clear already, I really like this group and this album (thanks to Nick from Trojan Horse for telling me about Cyril Snear initially!), and at the risk of sounding like a cheerleader or ‘Yes’ man, would recommend this album to just about anyone that appreciates a cerebral quality in their music.