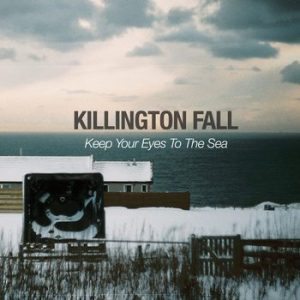 There’s a little bit of me that slightly hates Killington Fall. There all about 15 (well, early 20s), ludicrously talented, make some of the heaviest, most engaging post rock out there & are absolutely fabulous live. Yes, I realise my hatred is born out of pure jealousy, but surely you can see where I’m coming from!

‘Keep Your Eyes To The Sea’ is the Kingston four pieces second EP, following up last year’s ‘At The Soundless Dawn’, and the four tracks here nicely showcase the bands range, dynamic versatility and, frankly, balls.

Proceedings kick off with ‘Ghost Rockets’ which for the first three minutes is a lovely Caspian-esque piece of post rock but then it drops to nothing and builds and builds until it soars, segueing seamlessly in to ‘Two Surrendered Flags’ which kicks like a fucking mule on PCP. On the record these are two separate tracks but they are best considered as two movements of a whole piece. Majestic.

‘Stable Waves’ is what passes around here for a slowey. Two and a half minute of ebowed guitars over distorted drums and synth. Nice but a mere prelude to what is to come.

The EP closes out with ‘Eventide, The Dark’. It’s hard to put in to words the epic nature of this tune (and live it’s an absolute beast) but I’ll try. Gliding out of ‘Stable Waves’ layers upon layer of sound are added until it reaches a cataclysmic crescendo which rolls upwards and outwards for a blissful eternity.

In short, a hugely accomplished slice of muscular post rock from a band that we feel here at E&D will go from strength to strength.