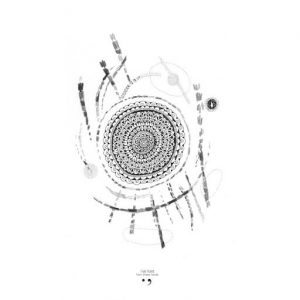 Imagine lying in a desert at night, watching the stars and the moonlit clouds drift slowly around the edges of your peripheries. A feeling of immense calm and peace washes over you.

That was the instant feeling that hit me in waves when I first heard ‘From These Hands’, a work written, produced and mastered by self-proclaimed “desert rat” I’ve Lost.

The mistake that I made, however, was in thinking that the music is sparse. It gently creeps over you during the entirety of the appropriately titled track ‘An Opening’, until you find yourself immersed in soothing sounds. Yes, it does slowly wash its way into the room, with loose pulses of melodies floating amidst the ambience, but the album is far from lightweight.

I found myself bathing in rich layers of sound without ever having noticed the increasing depth of ‘From These Hands’. There is so much happening throughout all of I’ve Lost‘s music, yet he achieves this in a completely unassuming and humble manner.

The sounds are almost stationary, yet soar powerfully across your imagination, invoking a flood of imagery in your mind. Reading a short biography provided me with tremendous insight into his music. It’s almost no surprise that I’ve Lost grew up in the desert regions of New Mexico before moving to the Pacific Northwest. His music truly does conjure up imagery of the desert and the ocean, vast, empty, yet teeming with life and movement all around, slowly edging its way through time.

This album is not only a product of I’ve Lost. The thirteen-minute piece ‘I Am All Things Yet To Be Shaped’ opens with a ten-part poem of the same title by Leonardo Rosado, which he had in fact been inspired to write by I’ve Lost‘s music to begin with. He speaks of being gifted a desert in which to grow a luxuriant garden, “lungs filled with thick air”, “the veil of night” slowly overcoming all movement and “a drop of water waiting for the storm”. His words depict dichotomies between life and death, gentleness and power, “trying to transduce smoke into solid rock”. These contradictory metaphors echo the life that I’ve Lost has led in the desert and between the ocean and the mountains; all are spacious but all are dense with energy and life. Finally understanding and hearing the peaceful, forceful nature of the music on ‘From These Hands’ allowed me to realise what a huge achievement it is to create such power without needing to flex any muscles.

Rosado’s words only serve to add to the already powerful visions created by this intensely beautiful piece of music. Add to this ten breathtakingly detailed illustrations by Dutch/Portuguese artist Ivo Hoogveld and you’ve got more than just an album. ‘From These Hands’ is an experience for all of the senses; a collaboration of creatives to target all facets of the mind.

Out now through Bandcamp.