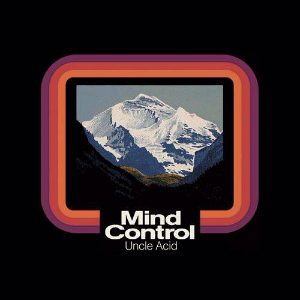 Uncle Acid and the Deadbeats

Admittedly, the name Uncle Acid and the Deadbeats sounds like a cheesy, and quite possibly horrible, garage band from the 1970s. The "garage band" part might be somewhat true, but the band is not from the 1970s, nor are they cheesy or horrible. Quite the opposite, actually. Brilliant. Amazing. These are better descriptors. Take equal parts of the best of Black Sabbath and Alice Cooper (and maybe a bit of Iggy and the Stooges and Roky Erickson) and you'd have something similar to the grand majesty that is Uncle Acid and the Deadbeats. Mind Control, the U.K. group's third full-length album, is relatively perfect; one that will not be coming off of my playlist for the next year or so. Seriously, this is desert island kind of stuff.

Uncle Acid and the Deadbeats formed in Cambridge in 2009. Their debut full-length titled Volume 1 appeared in 2010, but received very little attention. The band self-released their second full-length album, Blood Lust, in 2011 and created quite a buzz for themselves. They appeared at Roadburn the same year. People loved them. And for good reason. Their songs will stand the test of time. The songs, and the band, made up of Uncle Acid (lead guitars, organ, vocals), Yotam Rubinger (guitars, backing vocals), Thomas Mowforth (drums), and Dean Millar (bass), will be relevant for years to come. If not, there is no hope for music or humanity. Mind Control should continue to rocket these guys to fame and fortune.

This has got to be the catchiest doom out there at the moment. It is completely infectious. Songs like 'Poison Apple,' 'Valley of the Dolls,' and 'Devil's Work' slowly crawl into your brain and take up residence there. Hell, every song on Mind Control does. If you like anything remotely catchy and/or doom in general, go out and find this record immediately. You will not be disappointed.