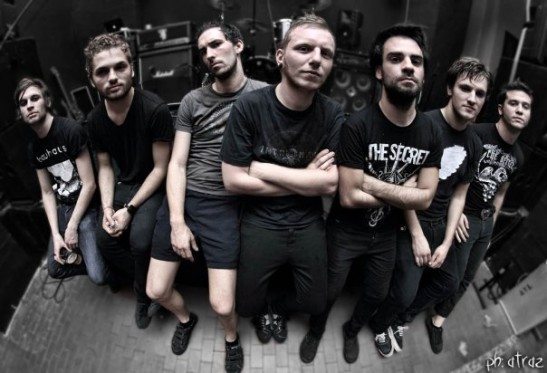 Amia Venera Landscape stood out with their 2010 debut, The Long Procession, which was a devastating mix of post-hardcore and atmospheric sludge metal. They are currently working on a series of new albums, which will see the light of day over the next few years. Grayson Hale was lucky enough to have the Italian sextet answer some of his questions during a break from their busy schedules.

(((o))): Hey guys! Last we heard from you, you were said to have created around 80 songs that would be released over the next few years. Are you busy with the first release now? Have you set a release date yet?

AVL: Yeah, after several pre production sessions, now we're going to start with the ultimate recordings. This is the first release of the series we planned, and it's also the first one we record 100% ourselves. We haven't planned a release date yet, because what we're doing now is not just giving a shape to the upcoming album. We're focusing on the whole soundscape of the new music we made so far, to make everything sound in the way that could satisfy us the most.

(((o))): Your debut, The Long Procession, was a crushing blend of many different styles including post-hardcore, atmospheric sludge metal, and ambient. What direction have the new songs taken? I remember you saying that this next album would be a lot darker...

AVL: I think that also on the upcoming album there is a mix of several styles, but this time we focused on a darker mood, more negative and obsessive than on The Long Procession. We tried to give cohesion to the general sound, the harmonies of the songs, and also the album art, so that everything could work synergically to express discomfort and anxiety.

(((o))): Have you ever thought about doing a song in Italian? Why did you decide to use English lyrics in your music?

AVL: No, we haven't. We always listened to American or English bands the most, so it has been the most natural choice to use English in our music. 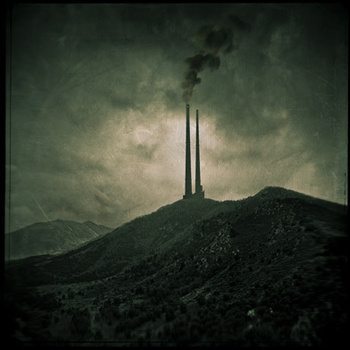 (((o))): The artwork for your last album was very evocative of your music. How important is the album art for you?

AVL: We want to frame our music with something we feel representative, so it is an aspect that evolve together with the music composition and mood.

AVL: I think everyone of us listens to different music from each other. Anyway, there are bands such as Deftones, Shora, ISIS and Radiohead that could be considered an influence for us as band.

(((o))): You release your music independently and have stated previously that you are uninterested in working with a label. It seems to me that this is becoming a lot more common, with distribution perhaps not as much of a problem as it used to be due to the reach of the internet. In light of this, do you still believe in releasing physical copies of your albums or would you ever consider releasing your music exclusively through digital formats?

AVL: Well, since we started playing together we always had that point of view about being independent and manage everything by ourselves. There's a big underground scene that has been doing that from many years, even if this D.I.Y. attitude seems to exist just since crowdfounding and stuff like that reached a little popularity. About releasing physical copies, I think we'll keep on doing that. There's still a big difference between handling something with its own artwork and all, than having just a bunch of files on your PC...We'd also love to press some vinyls, but there's nothing sure about that at the moment.

(((o))): Italy seems to have a burgeoning metal scene. Your pianist/guitarist Enrico is also a member of another band called The Secret, who recently toured with Converge, and I’ve heard a number of black metal acts that match up to the best in Europe. Can you recommend any other Italian bands that people may not be too familiar with?

AVL: Enrico used to play bass in The Secret for a while, but he's currently playing in AVL only. We're not very into the Italian metal scene, but there are some cool bands you should check out, like our friends Hobos, Fall Of Minerva, Rise Above Dead and Grime.

(((o))): Thanks for taking the time to answer these questions! Good luck with the new records and hopefully your more remote fans will get to see you on tour someday!

AVL: Thank you for the support! We hope so!