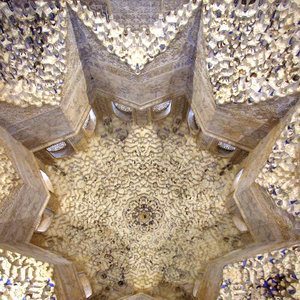 Out Now via Bearsuit Records

Jikan Ga Nai, which is "there's not enough time" in Japanese is a collaboration between Harold Nono & Eric Cosentino. Harold has already released three solo albums with a fourth in the pipeline. If that was not enough he has also worked on lots of other projects, the last being with Japanese duo N-qia (as Haq). Eric has also been busy recording in New York with Eric Paihe the free Jazz Saxophonist as well as "Tahiti Boy" and the band Spontane to name a few. He now records under the name of Pain Noir.Together they have arranged a four track Experimental Electronic EP called Plenty Time which has been released by Bearsuit Records. 'When We Lie Down We Take the Penguin Home' really is the title of the first track and if that doesn't grab your attention then the track itself will. Reminiscent to some classic late 70s Electronica, this is a combination of two fabulous electric guitar tunes; one playing randomly and the other tunefully along side a haunting keyboard and acoustic guitar. A well thought out and well executed track that I hoped would last longer at only 3:47 in length!'Of Course We Weren't Always Superstars' moves on a decade with a bit of 80s influence. It flows well enough, and the vocal addition, which could have been used more, adds depth to a bouncy spacey style track. 'Legend Days' Is the longest track and starts as a lovely acoustic guitar piece playing along side the keyboard and some interesting additional sounds. A nice walk in the park, or so you thought... Enter the second part of the song and it's really a space walk. Acoustic is replaced with electric and some nice vocals in the background. Another well put together track. 'The Man Who Tells the Trains' is a mind warping trip of a song conjuring images of impending doom. Very atmospheric keyboard dominates and there's the return of the wailing guitar. Great stuff.
This is an enjoyable EP that I would recommend to anyone that enjoys guitar and synth music. Checking out other material from the duo is also encouraged!