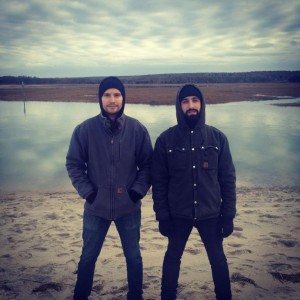 Helium Head is out now through

(((o))): How did the Mutoid Man project come about? I’m aware of the so-called ‘Verge In’ sessions but I believe all of that material was later used in some form or another?

Ben: Steve and I have been playing together off and on for a while now. Verge In was a collaboration between Cave In and Converge that started off promising but then fell by the wayside due to some creative differences a.k.a. too many cooks in the kitchen. Some of the songs eventually became Converge and Cave In songs and some were left to rot. I also played with Steve in Cave In in 2005. We recorded one 2 song cassette and I toured with them in the U.S., Europe and Japan. Steve and I also jammed out an early incarnation of the song ‘Retinas See Rewind’, which ended up on the Cave In Planets of Old EP. When Steve moved to Brooklyn a couple years ago it was only natural that we would start jamming together. We had no real goals or expectations but when the songs started flowing like wine we decided to record them in our rehearsal space and Helium Head is the result of that.

(((o))): Helium Head is quite different from any of your other projects. What inspired the album’s music and imagery? Was there an intentional drive to create something that bears little resemblance to your respective other bands?

Ben: The music on Helium Head is simply what happened naturally when we started jamming together. The only real guidelines were that we wanted it to be weird. We both are inspired by multitudes of musical influnces that range anywhere from 50’s rockabilly to 90’s flannel rock and beyond. The imagery on the record is all due to our friend Santos who has done illustrations for Torche, High on Fire, etc. When Converge was touring with Torche a little while ago Santos was on the road with those guys and I commented to him about how much I liked the Torche Harmonicraft cover art. Coincidentally he then said “oh yeah I did that!” I thought his style was perfect for Mutoid Man so he drew up the Helium Head art and did an amazing job.

(((o))): Releasing a cassette version of the album was a pretty rad idea, I thought it was only super kvlt black metal bands that still did that nowadays! What made you decide to bring such a defunct format out of retirement?

Ben: Our friend Andy over at Robotic Empire offered to do a small run of cassettes and we were super stoked on the idea. I think it’s rad that cassettes and vinyl are coming back in a big way. There’s something magical about a tangible object that has the music on this tiny little strand of long tape inside of it. Some people prefer digital and some prefer old formats so it’s cool to offer up different options for everyone.

(((o))): The artwork for the album is quite brilliant; it really encapsulates the claustrophobic psychedelia of the music. What is it about the Mutoid Man ethos that made you choose Santos for the design?

Ben: Yeah like I said before I loved his work on the Torche album. It has a bit of a Salvador Dali on Peyote vibe that I thought fit the Mutoid aesthetic very well. 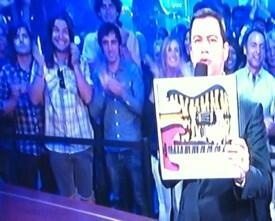 (((o))): I thoroughly enjoyed seeing your TV “debut” on the Jimmy Kimmel Show, haha that was priceless! Your enthusiasm is just too great for words. Anyway, that just kind of embodied the very ‘fun’ vibe I get from this album. Was that something you intentionally tried to bring to the music or did it develop naturally? Or am I missing the point completely?

Ben: I get very enthusiastic when I get to see my buddy Chris Maggio play drums. Especially when it’s for the band Sleigh Bells. And seeing it on Jimmy Kimmel, well that’s a triple whammy. We absolutely set out to have fun writing these songs. Our songwriting process revolves heavily around how psyched we get when we’re playing it. There was absolutely no outside influence of any kind telling us what to write so we did whatever the hell we wanted and had fun with it.

(((o))): Are you planning on touring in support of the release?

Ben: Me being on the west coast right now will make it a little bit more difficult but we plan on doing some shows when we can make them work. Our only plan right now is a record release show in Brooklyn at St Vitus this Friday December 13th. Having our new bassist Nick Cageao join the camp has given us even more of a boost to play more shows as well. We will definitely be doing a little bit of touring whenever we can make it work. 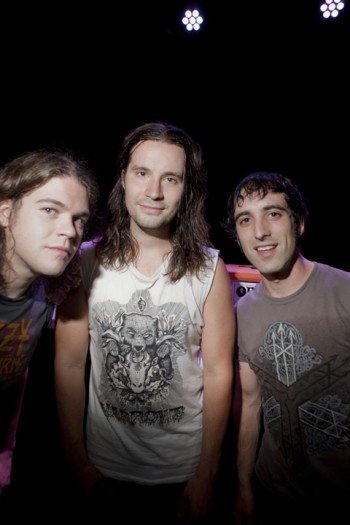 (((o))): What does the future hold for Mutoid Man? Is this a once-off venture or do you hope to take it further?

Ben: I’m super pumped up on how everything is going so far and the response to the record has been more than we could have hoped for. We have no plans to make this a “once-off” thing and we are already writing songs for a new album. With any luck we can get into the studio sometime next year and have a full LP to dish out to the world.

(((o))): Obviously you’re both involved in other bands, most notably Converge and Cave In. What are your plans for the rest of the year and what might be in store for 2014?

Ben: I’m not sure about Cave In but Converge has plans to start writing songs for our next record and do a little bit of touring. Mutoid Man has plans to play whenever we can and there are talks of getting out to do some West Coast shows at some point. All Pigs Must Die will also be a little bit active and we should have some stuff announced fairly soon.

(((o))): Thanks very much for your time; I’m a huge fan of pretty much everything you guys have put out with your respective projects over the years, so it means a lot! Any last words?