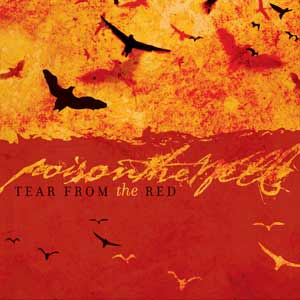 Poison the Well’s Tear from the Red is the soundtrack of that harrowing time when an angsty yet youthful outlook gives way to true anger and cynicism. The album entered my life much earlier than when I personally would go through this transition, though it foreshadowed the intensity I would experience later on. If I remember correctly, I purchased the album in the summer of 2002, making me about 14 years old. I hadn’t really listened to music as heavy as Tear from the Red, let alone Poison the Well’s music itself. I was, in every sense of the word, a poser. However, Tear from the Red began what would become an obsession and passion for heavy, dark music.

What preceded Tear from the Red was only a small indicator of what would come. Poison the Well blasted onto the hardcore music scene in the latter 1990’s, a period that harboured many of the new generation’s hardcore bands. While H2O and other groups were staying true to the old guard ways, Poison the Well were continuing on the path of infusing more death and thrash elements into their music. Their first proper full length, The Opposite of December (1999), remains a landmark hardcore record - one that is likely more popular amongst fans than Tear from the Red. Classics like 'Artist's Rendering of Me' and 'Nerdy' still stand the test of time.

The aggression of The Opposite of December carried over into Tear from the Red, but the band’s sound changed drastically. Poison the Well shook off genre blending and veered off on a direction all their own, angering fans of their old style. They traded up for stronger melodies but with a stalwart emphasis on unrelenting heaviness. Tear from the Red would become the style that Poison the Well would build on throughout the rest of their career. Their subsequent albums struggle for the same ferocity of Tear from the Red, though they manage to be successful in their own individual and unique ways.

Vocalist Jeffrey Moreira’s screaming and deadpan singing match his lyrics of deeply felt personal hate and emotional loss. The album opens with his voice of longing singing, “But I adore her… this will never happen,” before a bludgeoning cacophony of drums and guitar charge in. It is a starkly contrasted juxtaposition of quiet melancholy and throat clenching hate. It also provided one of my most memorable moments in music. Having never heard the album, I turned it up the first time I listened to it, believing the intro was too quiet. Needless to say, my 14 year old self nearly had a heart attack when the song kicked off.

Every song on Tear from the Red is a monument to Moreira’s disdain for a former love. Lyrics such as, “What I’d do for one more day without you,” are screamed above Derek Miller and Ryan Primack’s guitars and Chris Hornbrook’s drums; in a strange turn of events, Miller is now one half of electronic rock duo Sleigh Bells. Poison the Well cycled through many members during its lifetime, though Primack and Hornbrook remained members until the band’s current hiatus. Iano Dovi, who left the band before they recorded their next record, You Come Before You (2003), provided bass on Tear from the Red.

The album’s last song, 'Parks and What You Meant to Me' is the best indicator of what would come next for Poison the Well. It exhibits the most variation in style and instrumentation, and is the most emotionally resonant song on Tear from the Red. Poison the Well would continue their progression on You Come Before You, but the raw aggression of Tear from the Red remains the most concise dose of their signature sound.

For me, the album has become a singular reference point for my personal journey from hardcore to the numerous genres of metal I listen to now. It provided a crash course on how emotionally powerful heavy music can be, and the outlet it can provide. Though it may be a bit pretentious, I am fully confident that Tear from the Red has played a role in making me who I am today. For that, I am eternally grateful to Poison the Well.