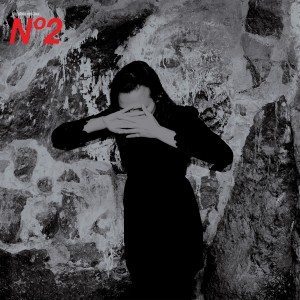 I have a term for dark, eerie ambience ... I call it "Lovecraftian" and it comes from reading the weird fiction of H.P.Lovecraft. As I've read his books I have sought out music to accompany my excursions into his alternate universe of the Elder Ones and their like. The dark neo-classical manipulations of emmalee^crane fit the bill and so does No2 by Christina Vantzou.

I have obsessed about No2 over the last few weeks, obsessed because I found something utterly beguiling and attractive about her neo-classical expression.

Vantzou creates powerful music, music that is both physically and emotionally powerful. Her neo-classic expression feeds the heart and the head, it compels the listener to listen and rewards their attention with some amazing sounds ... droning strings & brass; deep, resonating cello; eerie electronic manipulations; haunting piano; ethereal vocals; and a rather striking harp ... all work together to keep the listener occupied and aware.

No2 by Christina Vantzou could easily be the soundtrack to a dearly loved film, it has that feel to it. The chord transitions and the melodies played out with the strings, piano & harp provide a poignant accompaniment - ’Brain Fog’ is one such exquisite example of this ... Lovecraftian to a tee.

The use of vocals on 'Vancover Island Quartet' is inspired, it really adds to feel of the track with it's swirling strings and the subtle strains of an oboe or similar wind instrument. This theme is carried further with the following track - ’Sister’ - an exceptional track that changes the tone of the album with its use of strings and staccato notes on the harp to create a brighter countenance from 2:40 onwards.

From then on, the music presented sounds wonderfully alive. Tracks like ’Arp’ with its waves of string-based drones and nuanced harp or ‘The Magic of the Autodidact’ with its intensity & fullness of sound, including vocals, present a brighter, more upbeat expression.

I found No2 by Christina Vantzou utterly beguiling and must have listened to it at least 12 times since I started considering it for review.

My only criticism of the album is its length. At 35 minutes in duration I am left wanting more, which isn't necessarily a bad thing, but I fear I would scunner myself after a period of repeated listening. More music would ensure that wouldn't happen.