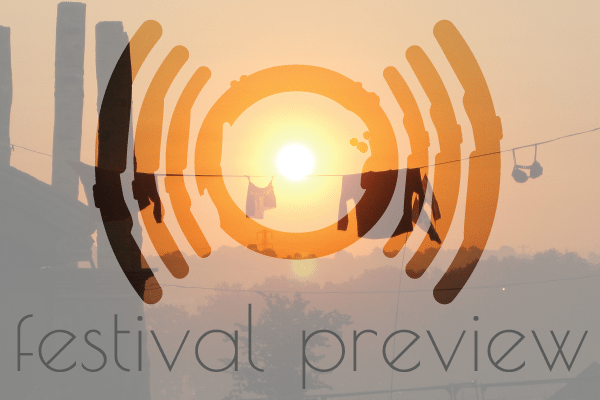 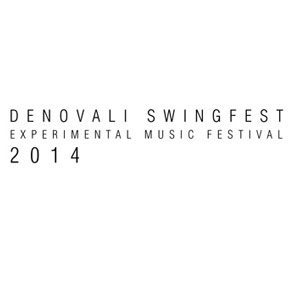 Last April the German record label Denovali came to London for the first UK edition of their Swingfest event, which has been taking place in Essen since 2009. With Denovali being a label primarily focused on experimental music, ranging from ambient electronica through drone to post-rock and metal, their lovingly curated line-ups have always featured a diverse range of the most cutting edge music out there. Last year’s London event was headlined by Andy Stott and William Basinski, whilst also featuring the likes of Omega Massif, Fennesz and Bersarin Quartett. It was a weekend of great sonic joy, spoilt only by the relatively low attendance at London’s Scala venue in King’s Cross.

Thankfully though Denovali have decided to return to London this April, switching the event to Shoreditch's Village Underground and Dalston's Cafe OTO. With ticket sales going nicely, we at Echoes & Dust thought it only right to make sure you don’t miss out on what is sure to be one of the best musical weekends in London all year. Here’s a more detailed breakdown of this year’s line-up:

Porter Ricks, the duo of Thomas Köner and Andy Mellwig were never the most prolific of acts but, with 1996’s Biokinetics they created something of such greatness that its influence in the years since is hard to overstate. As intriguing today as it was upon release, Biokinetics still sounds startlingly current, with its ambient dub soundscapes unmatched by other artists in the intervening years. Thus Köner and Mellwig’s rare live appearance at Denovali Swingfest this year marks an opportunity to pay tribute to two visionary producers, as well as to lose oneself in their unique sonic vision.

Bobby Krlic has released two full-lengths now as The Haxan Cloak. The first, self-titled, effort was a creeping work of paranoid dark ambience whilst last year’s Excavation was a more forceful, beat driven work of aural battery. Live, Krlic’s music is almost painfully loud, with eerie visuals only accentuating the claustrophobic nature of his catalogue. Expect his performance at Denovali Swingfest to be the most visceral of the weekend.

Swede Anna von Hausswolff is far more than your average singer-songwriter, as her Ceremony record made abundantly clear. The obvious comparison would be Kate Bush, but von Hausswolff’s largely organ led compositions are so expansive that they frequently cross over into something approaching progressive rock territory, crafting a unique sound in the process. In the live arena her full band performances produce something of epic proportions.

With Lumen assisting in the provision of an audiovisual performance at Denovali Swingfest this year, the hour or so that post-jazz troupe Hidden Orchestra are on stage is set to be a highlight of the entire event. With their music regularly shuffling adeptly between post-IDM electronica and Jaga Jazzist influenced ambient jazz, Hidden Orchestra’s set will be one of the most memorable of the Swingfest weekend.

German producer Ulrich Schnauss has been creating his own distinctive ambient electronica for well over a decade now. Combining his love of art rock stylings, especially those of shoegaze, with a healthy techno obsession, Schnauss’s music is far more distinctive than many of his peers, and far more enjoyable too. Live visuals will be provided by Nat Urazmetova.

Mazime Vavasseur’s music as Witxes looks set to render Village Underground in a premature early evening darkness. A sound defined by drones creeping inexorably out of the shadows, and one that cleverly cohabits natural and processed sound, Witxes will be a set to savour for fans of texturally dense music.

As a regular composer and sound designer for film and television, Glasgow based German composer John Lemke released his debut solo album People Do on Denovali last year. His mastery of textures and tendency towards the subtly beautiful means that his set at Swingfest London this year should be the perfect way for the event to start. Don’t be the person who turns up late and misses out.

Having provided submerged nautical beats as half of Porter Ricks the previous night, Köner will deliver a set of sublime sound art to end proceedings at Denovali Swingfest in London for 2014. His solo set at the festival last year was one of the highlights of the weekend, as he transported the Scala crowd from central London to an arctic tundra of colossal sound. What better way for Swingfest 2014 to come to an end?

The idea behind Piano Interrupted, in essence to transform classical minimalism into contemporary electronica, should be enough to make their Cafe OTO set a must-see on its own. With last year’s The Unified Field demonstrating why they are one of the most essential acts on the Denovali roster, this show should be something to remember.

Originally a solo project by Tom Hill, now that Origamibiro are a trio they have transformed into a trio they have also mutated into an audiovisual collective. As such, their Denovali Swingfest performance should be impressive on multiple levels.

London based Oliver Barrett, also of Bleeding Heart Narrative, has been releasing soaring ambient drone under the Petrels name for three years now. His 2013 album, Onkalo, was his best yet, and certainly one of the best ambient records of the lat few years. This Denovali Swingfest set should see him playing material from excellent new effort Mima to the rapture of the Cafe OTO attendees.

As you should be able to see, Denovali have pulled out all the stops in providing a high quality line-up yet again. Lovers of forward thinking music in London are already spoiled but, as this event takes place on Easter weekend, it’s the perfect opportunity for those of us who live in the rest of the country to head down to London for an indulgent weekend of the best experimental music around. See you there!