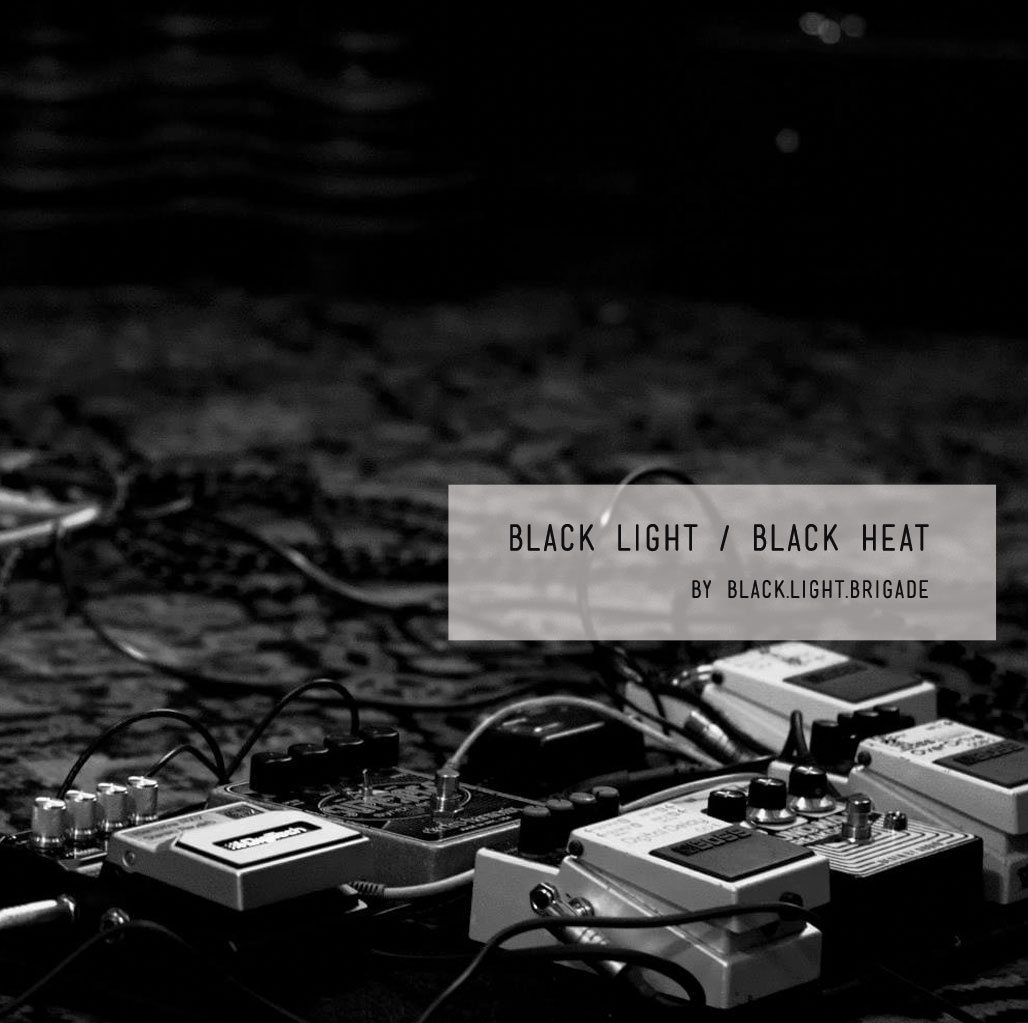 If albums could meet, get drunk, fuck and spawn offspring, then this would be the monster-child of Fugazi’s Red Medicine and Sonic Youth’s NYC Ghosts and Flowers. Upon capture and incarceration in later life, psychologists would record that this creature - raised in a dark cellar, feed only on saliva spat through the floorboards by its step uncle Prick by The Melvins – had been rendered mute and asocial by its parent’s disinterest, developed disturbing pathologies, and failed spectacularly to ever cultivate an understanding of societal mores.

The band label their music “Regressive Rock”; a pejorative term usually reserved for purveyors of verse-chorus-verse-chorus-bridge-chorus inanity and lyrical blandness like Nickleback. Black Light Brigade sound nothing like Nickleback, however…NOTHING. This South-East based three-piece offer – though that’s way too polite a term – a menacing, distortion-heavy, sonic assault that burgeons as it mesmerises. Black Light/Black Heat is an affront to prevailing musical sensibilities and will never, ever…ever be used to help sell cars, elect politicians or sooth children to sleep.

The album was recorded in a pub on a 4-track cassette recorder so, to state the blindingly obvious, it's “lo-fi”. There’s little in the way of finesse or subtlety here though to make sounds like this you must know your way around a guitar and a shit-load of pedals, and there are moments in the songs where a more vulnerable melody weaves away from the discordance, particularly on 'The Culling Song'. The drums maintain a degree of sanity and provide an anchor around which the guitars can reel, though they too regularly shear off into frenetic, crashing inhibition.

'Noise Bone Witch Howl' is music to chase zombies through woods by, and a truly great song which pulses towards a quivering zenith. For me it’s the highlight of the album and an emphatic reminder of how brilliant instrumental discordance can be. 'The Culling Song' is strikingly atmospheric and foreboding; like many of the better songs here it conjures images of tundra’s, terror and relentless pursuit. 'Sick Man/Angry Man' sounds like a song trying to fight off a pack of wolves with a chainsaw; eventually the song wins and it’s an engaging struggle. 'We Await Silent Tristero’s Empire' struggles to contain itself and eventually doesn’t; it’s a wind-swept, mesmerizing, slow-motion descent into unhinged abandon. At 16 and half minutes, it becomes (a most probably intentional) test of endurance and the end comes as something of a relief.

The music is, as the band suggest, “experimental” and so unsurprisingly it’s not an unbridled success; 'Intermission' is of little value, while 'Salem Laundry' is atonal unpleasantness. Overall though, it is at times brilliant, always harrowing and occasionally painful, Black Light/Black Heat sounds like I imagine the mentally deranged feel; it’s an impressive début, well worth a listen and one for fans of the musically macabre.