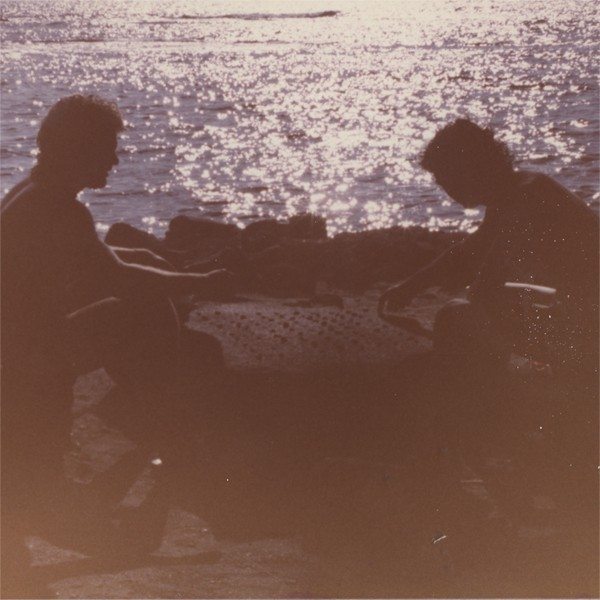 Seahaven, a band hailing from Torrance, California, has managed to do something remarkable on their new album, Reverie Lagoon: Music For Escapism Only. The album sounds like a great many things, from some blend of low-key Jimmy Buffett to indie rock. It is also a spacious, lengthy album at nearly an hour long. But most of all, Reverie Lagoon feels like a moment captured in time- a blending of aural devices that make the album feel like an immersive story. Every song is crucial to the story’s progression, and the album must be listened to all at once. It’s like sitting next to a campfire on the beach while your best friend tells the story of his or her greatest and most tragic love story.

Reverie Lagoon’s strength lies in its spaciousness. The opening track, 'Fifty-Four' sets the story in motion through reverberating guitars over hushed vocals and gently thumping timpani’s. There are only four lines of lyrics in the short intro, but each begin with two words: “Tell me…” Seahaven establish that this album will tell a story, and as the opening track fades out and the guitars of “Andreas” trickle in, the listener is more than captivated.

The songs themselves are also wide open and never feel rushed. Rather than the usual indie rock formula of jamming the entire musical progression into just over three minutes or so, Seahaven opted to let their ideas really breathe on Reverie Lagoon. There are a handful of songs over 5 minutes, and a number of transitional tracks scattered throughout the album. Rather than serve as filler, the transitions firmly place the listener into the album’s mood.

There are also some incredibly sparse tracks, such as 'On The Floor'. Probably the album’s most sorrowful track, its 5 minute and 17 second length is first occupied by gently strummed guitars and morose vocals. The song’s slow build is joined later by drums, and deeply emotional lyrics. The song delivers one of the best lines on the entire album, “Ain’t it something when everything falls apart? The ground you build upon determines if you fall”. It is sad in the most absolutely beautiful way.

On Seahaven’s previous album, Winter Forever, the young band showed off their thoroughly honed indie rock chops. Though there was something truly special taking form, Winter Forever still moved at a predictable pace. Reverie Lagoon is a drastically different effort, but there are still indie rock elements more than present. They are just soaked in California sun by a band with a surprising penchant for story telling.

The track 'Flesh' is the most “old” Seahaven, and comes in just when it is needed. At the middle of the album the listener has already been tuned into the story weaved so far, but 'Flesh' provides an upbeat respite from all the came before it. The second half of the album returns to the sprawling, tropical indie rock and closes with 'Karma Consequential' and 'Four-Eleven' They act as a one-two punch of satisfying melancholy and conclusion.

Seahaven’s Reverie Lagoon: Music For Escapism Only is an album that actually captures exactly what the title advertises: nearly an hour of extremely enjoyable storytelling that, if listened to properly, can completely capture the listener’s attention. It is an overwhelmingly beautiful and honest piece of music.