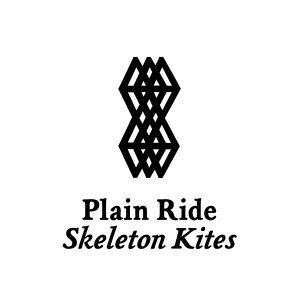 Skeleton Kites is Plain Rides’ 5th album, and somewhere near frontman Janne Westerlund’s 50th; having performed with Circle, Pharoah Overlord, Chainsmoker, Sweetheart, and releasing a solo album a couple of years ago it’s fair to say he’s had a fairly prolific career so far. Despite this vast output this is my first encounter with any of his (or any of the other bandmembers’) work, and from the quality of this album I’m sure it won’t be my last.

Skeleton Kites is, at least on the surface, a well written bluesy folk rock album. To simply call it that however would be doing it a disservice. The dark Scandanavian tinge that seeps through every track turns it into a much richer album overall; it keeps its references to americana on show at all times but twists them into something bleak and hypnotic. The album effortlessly slinks between quiet folk sections, mesmeric grooves, and impeccably placed guitar solos to fantastic effect. The tracks are sprawling (often sitting at seven or eight minutes each) and perfectly varied. It’s such a well crafted album that choosing a highlight is an impossible task, and it somehow feels like something you’ve already been listening to for years.

Througout the album Westerlund’s gravelly vocals remain front and centre. His hoarsely delivered dark lyrics (which flick back and forth between English and Finnish) are the most immediately apparent aspect of the album and they serve to meld the diverse tracks into a cohesive work. Even on the shorter more conservative tracks there are dark twists, from the scattered drumming of ‘St Jenny’, to the subtle, eerie backing vocals of ‘Lt Greely’ every track has an edge. There are breaks in the melancholy though; the more upbeat folk track ‘Suuri Vesi’ keeps the album from being too weighed down (although this may just be as I don’t speak Finnish so have no idea what the lyrics are about), and the title track bursts from its initial stripped back darkness into a beautiful, floating finale.

Above all else though, Skeleton Kites is cool. It’s cinematically cool – it conjurs up images of dingy empty bars and long drives through the night and it somehow pulls it off without cliché. It’s inventive, clever and at the same time classic. It just about manages to avoid rehashing the same tired genres, and instead absorbs its references and uses them to form something new. Skeleton Kites is a distinct and fantastically put together album from a band that (if their previous efforts are anything like this) should be much better known than they are.