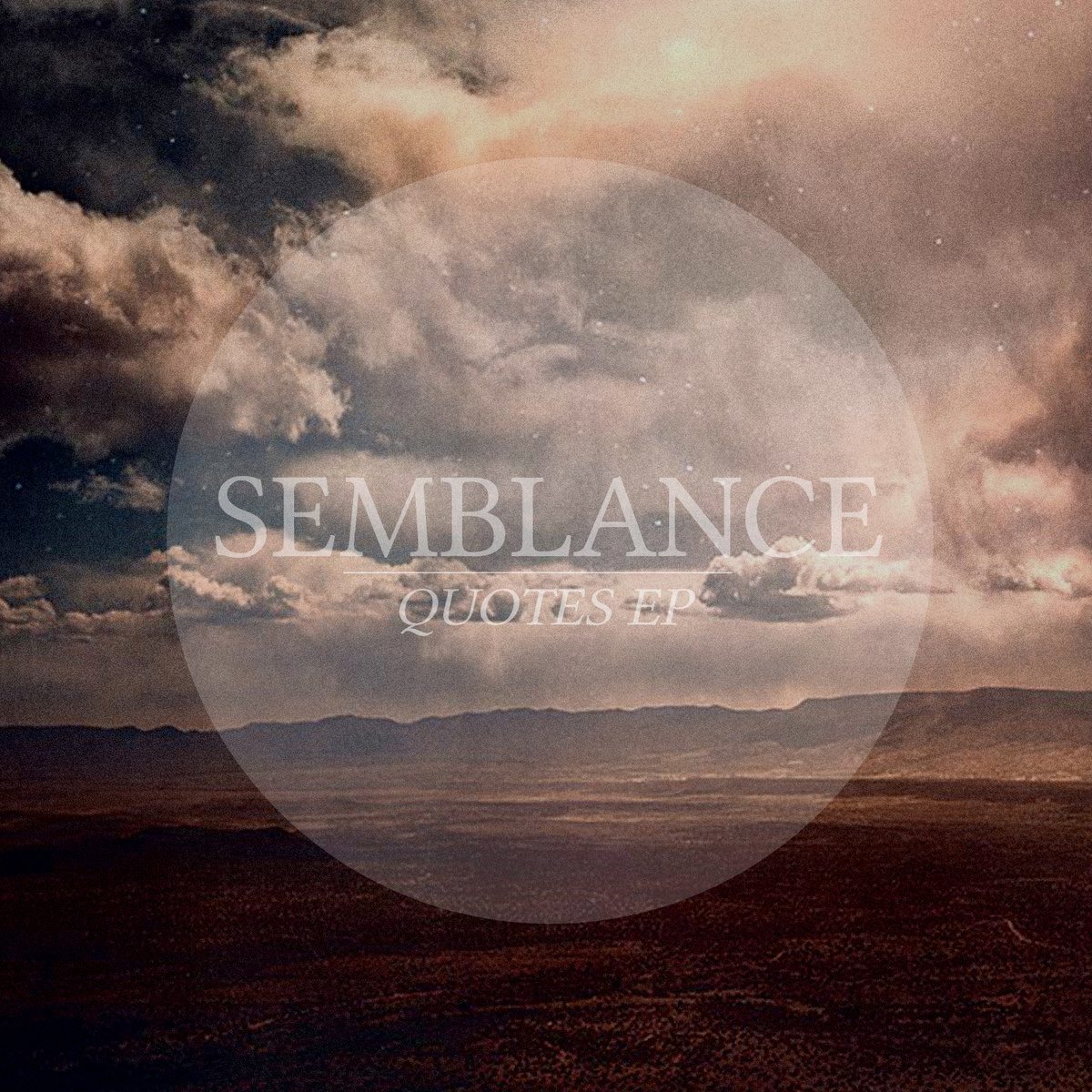 The presence of familiarity is something I often feel in post-rock music. However, the fact that there are elements of Explosions in the Sky and Mogwai in nearly every post-rock record doesn’t bother me. Not only because I love those bands, but also because post-rock’s accessibility and emotionality are too universal to shake off from one band to another.

I bring this up because a small band from Oklahoma called Semblance released an EP a little while ago titled Quotes. The seemingly easiest thing to do would be to spend 300 some-odd words describing how similar Semblance sound like This Will Destroy You or The Appleseed Cast. Instead, I will remark that there are elements of all these bands present on Semblance’s debut EP, but not to a fault.

What we have here is a heady, but very unique and proficient example of a young post-rock band working its way through its influences. Semblance, unlike other bands before them, manage to put themselves and their inspiration equally into their music. Quotes is an interestingly structured EP, with three relatively brief tracks that give way to two sprawling, emotive tracks that top eight minutes each.

More so than anything, Semblance’s proficiency is their strongest suit on the Quotes EP. The group seems very aware of just how much they want each element or progression to stick around, and when to bring in new ideas at just the right time. The more quieted moments on the album soon give way to bigger, more epic parts and not with any moment wasted.

The album’s closer, 'Never Without Misery, Never Without Hope', contains one of the most impactful and emotional builds and payoffs I’ve heard in a while. At just the right time, just over halfway through the song, a gorgeous piano progression joins the fray of tumping drums and tremolo guitars. I couldn’t help but instantly think of a scene similar to the EP’s cover art: a sprawling desert landscape with blue skies and clouds slipping by overhead. This, my friends, is what post-rock is meant to do.

So, Semblance’s Quotes EP seems to, more so than anything, prove that the band has all the right pieces in place. Although they let their influences shimmer and shine through, Semblance are not without their own sound. I trust that their future releases will see an even greater revealing of the group’s very own sound. It will surely be a beautiful experience to witness.