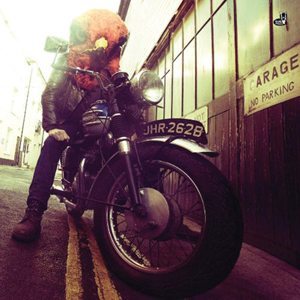 There is much praise to be showered on bands that push the envelope and challenge tradition in music. The world will always need and reward innovators who are not happy to simply retread the musicians before them. That is an argument for constant innovation that originates largely in the part of the brain that values and analyzes the intellectual content of things, but there is another route a band can take to light up a completely different set of neurons. Generally when it comes to the genres of garage rock and 70s-worshipping stoner rock, if a band steps up and recreates a sound with energy and reverence the result is total pleasure that targets the part of the brain most of us refer to as “the gut.” This is Admiral Sir Cloudesley Shovell’s main occupation with Check ‘em BeforeYou Wreck ‘em, and they hit the pleasure center hard and fast.

Those familiar with the band’s debut, Don’t Hear It... Fear It!, their label Rise Above, or any of their past tour mates which notably include Graveyard and Witchcraft, should probably have an idea what to expect. This is motor-revving, denim-rocking, bong-smoke hard rock. Thick, syrupy riffs and chunky bass that punches through the mix, hard-driving drums, and melodic vocals with the right amount of grit and snottiness. You will already feel familiar with these songs before hearing them, but that is not to say the band is boring by retreading well-trodden ground. These guys had Tony McPhee of The Groundhogs fame on their debut album, which is about the most airtight credit a band in this field can build; The Admiral Sir Cloudesley Shovell tackles their material with a gonzo flair that not only channels the sweet and mean blues riffing that McPhee made famous but even nods toward the fury of early Motörhead at times. Ultimately, by the time you’re halfway through the album, you’re not thinking about who they sound like. You’re lost in the rock and roll if you have half a soul and hopefully grabbing a beer to go along with it.

There is something else that sets the band apart from aforementioned contemporaries such as Graveyard and Witchcraft. While many bands in this style tend toward the bleak, nuclear paranoia of Black Sabbath, Check ‘em Before You Wreck ‘em comes from a much snarkier place. With super-charged anthems such as the number one candidate for song-title-of-the-year '2 Tonne Fuckboot', the band is clearly more concerned with having a good time even if the party carries over through the end of the world. It’s a good alternative to many of the more self-serious bands playing this music because at the end of the day, there is something inherently about rocking biker leathers in this day and age. Is it still badass? Yes, but only if you wear it with a smirk. The band, therefore, hits on the sort of tone Ween perfected in the 90s. The band creates a madcap prankster vibe throughout the album, but just because they have fun does not make them a “joke band”. The band is clearly also dead-serious, and they would have to be to accommodate the tight arrangements of tracks like 'Happiness Begins' that are remarkably sophisticated even while bludgeoning like a caveman’s club.

And that’s what makes this such a satisfying record. It is possible to engage this band on a level of pure hedonistic joy, and it sounds great in a car especially, but there is also such a high level of craftsmanship that it continues to satisfy the trend of giving new life to the classics. If you do your homework and study your vinyl, when you show up to the studio to tear it apart with a unique brand of energy -- no one is going to care about who you’re “ripping off”, because all neurons will be on full charge wherever pure pleasure originates in your anatomy.