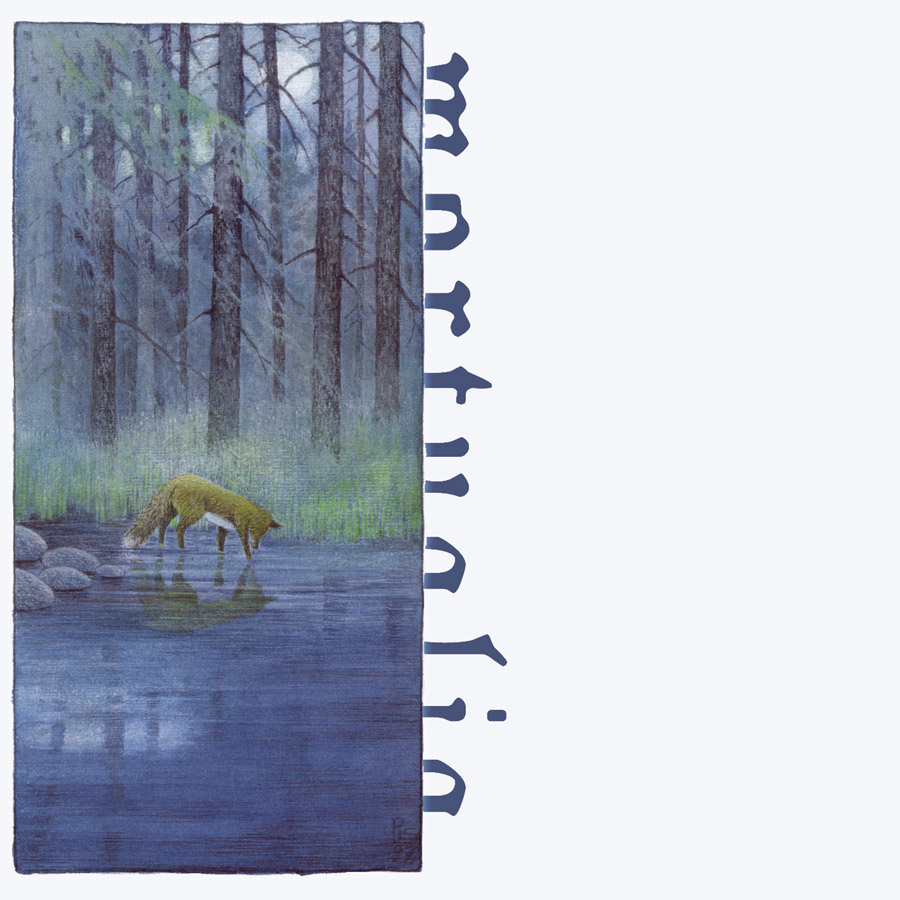 There are a few obstacles in organizing thoughts about Mortualia’s newly reissued Blood of the Hermit. For one, the album is already four years old, which places it in the territory of something that has been reissued largely to broaden its audience to those of us who aren’t equipped to ship our new music from boutique labels in Australia. So, similar to when Moribund Records reissued the excellent self-titled Mortualia album, this is music that will be new to most of us even though it is possibly not an accurate portrait of where the artist is currently.

Then again, this is an album that does not rewrite any of the parameters set by the debut. Shatraug, likely best known for his work in Horna and Sargeist, breaks away from the more malevolent propulsive sound of those bands to create something that takes its time in crafting an atmosphere of sorrowful contemplation. No song really breaks away from a foundation built on mid-tempo drums, played as a narcotic-dozing shuffle, and a haze of guitars that create melodies so sweetly morose as to completely ensnare you into the heart of each meditation. That’s really what these are, at the end of the day, not songs so much as entryways into viewing your own experiences through sound.

Some has been said about Shatraug’s vocals in this project, and they are potentially a sticking point for some. Not so much a shriek as a strangely curdled yelp that pierces through each track. The voice lends another unique element to the music, though, which is crafted to such a degree as to show all the marks of a decisive stylist as much as a musician. No note is played, no level on the mixing board is adjusted in a way that does not feel as though it is exactly how Shatraug wanted it. The result, even moreso on this album than the debut, is an album of impressive confidence and poise even as the music delves into realms of vulnerability and raw emotion. This is showcased in tracks such as ‘The Sinister Shine’ and album-closing stunner ‘Pain at Least...’ which break away from the otherwise strict repetition of Mortualia’s previous output. These songs travel through a more serpentine journey while never letting up on the processional clip of the album, allowing for bold new pathways through the melancholic fog.

In the end, this music is made solely by and arguably solely for its creator. Any complaints a listener could have are easily dismissed by simply excusing them from the experience. If you don’t like it, don’t listen to it. This is an often flippant response to any naysayer, however it seems like the only appropriate response to someone who does not enjoy this music. For fans of minimal, depressive black metal, there are very few people creating it with as much integrity and, oddly, vibrancy as Mortualia.