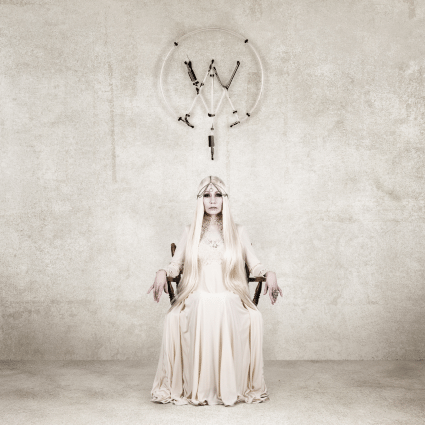 For The Atlas Moth, sowing the seeds of the human experience has been a continuously fruitful journey. From their debut LP to the monumental An Ache For The Distance to their new record, The Old Believer, the band has managed to sound entirely unique in the execution of their sound.

Beyond the intricate, droning guitars and hypnotizing progressions, The Atlas Moth stand out amongst the horde due to the challenging but successful vocal interplay between members Stavros Giannopoulos and David Kush. The crackling brutality of Giannopoulos’ screams tear through songs, with Kush’s deep, throaty singing providing a strong contrast.

This dual vocal feature is what shows strongest on The Old Believer. According to interviews with the band, the time between An Ache For The Distance and the new record had been a trying one. Between heavy personal loss and member changes, The Atlas Moth are a decidedly different group of musicians on The Old Believer. However, they manage to stay true to their sound and breathe some intriguing new life into their music.

Whereas An Ache For The Distance is regarded as borrowing mostly from the canon of black metal, The Old Believer is a decidedly shoegaze/psychedelic record. ‘The Sea Beyond’ begins with a distorted, sinister half-tempo chiming, which is soon joined by sludgy, sedative guitars. The band’s new drummer Dan Lasek mostly operates at a slower tempo, which give the end product an even more psychedelic feel.

The hypnosis that occurs throughout the record is, however, a dangerous one. The Atlas Moth’s music has always been, in a word, suffocating. The band is known for successfully channeling deep despair and struggle, and The Old Believer wealthily delivers that. It is a terrifying and beautiful mental trip. The album, for me, conjures the image of walking through a pitch black, haunted forest and constantly sloughing off cobwebs and fearing the sinister, glowing eyes in the darkness.

To some degree, that image may be relative to the hardships the band have experienced since their inception. Among everything that happened in the members’ personal lives, death was the heaviest theme. And that is what rings most clearly on The Old Believer, especially on ‘The Sea Beyond’. Kush sings, “Where is the book that tells me how to breathe?” and then later “I know you’re always with me.”

Of all the despair that The Atlas Moth have communicated during their run as a band, The Old Believer comes across as the most deeply penetrating. The band have always been honest with their music, but the new album goes down a very dark and very depressing rabbit hole. On The Old Believer the band don’t offer much light at the end of the tunnel, only the grit to carry on through seemingly endless suffering. That is surely, for The Atlas Moth, a stark achievement.