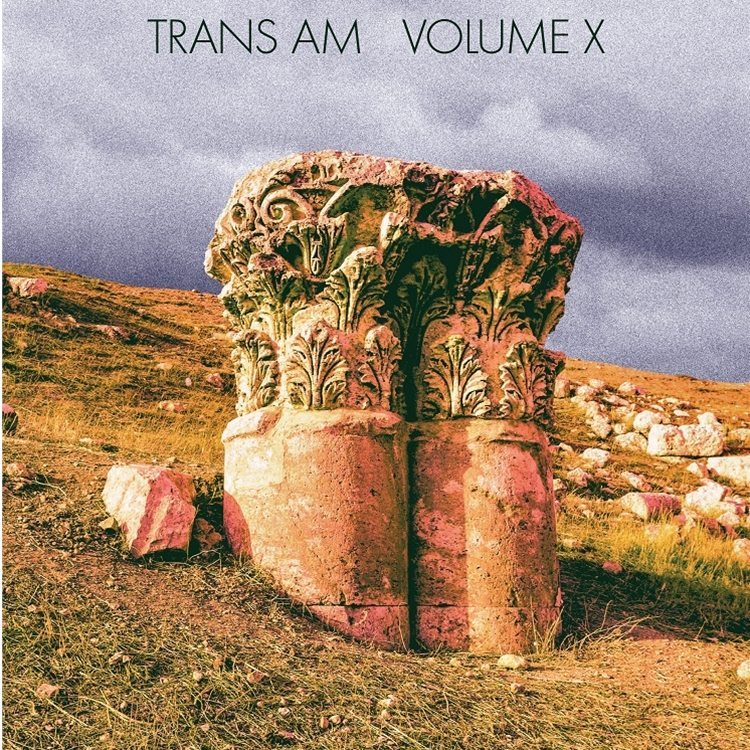 Out now in North America/Japan/Australia

Ten albums into a career spanning almost twenty years. That’s a hefty context for any new release and with big, round numbers like that, people might expect something along the lines of a statement or some sort of benchmark that fits in line with an artist’s overall credo. Trans Am does that, to an extent, with Volume X in that the music confirms what longtime fans have known all along: this is Trans Am, a band that will always do exactly what it wants with little to no regard for what is going on around them. Expectations are not very useful when it comes to approaching their music because they will rarely be met and more likely be side-stepped entirely. That is the beauty of Trans Am, a band that continues to exist in a vacuum that often seems to be solely occupied by themselves.

That isn’t to say that the new album doesn’t have its share of surprises, such as when it veers away from its immaculate synth throbs into the break-neck thrash of tracks like ‘Backlash.’ The lush chemistry of three musicians weaving together their wildly different tastes into one solid piece continues to reward listeners as familiar touchstones of krautrock and arpeggiated electro are complicated by the band’s constant mutant weirdness. In a way, this is what separates Volume X from previous albums. While previous releases have had more unified themes, such as the bastardized new wave of 2002’s TA, Volume X seems to be almost a track-by-track callback to everything that Trans Am has ever been.

The truth is a bit more interesting than that, though, it is an amalgamation of the band’s career that casts its quirks and obsessions in a new light, causing the music to sound both familiar and new. For a band that has always so effortlessly evaded being “pinned down,” it is thrilling to see them at what might be their most evasive form. If you try to look at the album moment-to-moment, you might struggle to see any of it clearly. It is better, then, to give the music sideways glances in order to catch its perverse, gleaming charms.

All of this said, this album is in many ways like every other Trans Am album. You take this trip on the band’s terms, there is simply no other way to experience it. This is both what is so appealing about the music and what is potentially off-putting. There are few accommodations made for new listeners here because at this point one thing is perfectly clear: Trans Am make exactly the kind of music they want for the exact audience it was meant for. It is fine not to like it, but if you don’t you are really not a part of the equation. This is music that is so far removed from trends that it carves its own alternate musical history and creates something that is truly alien. In learning the band’s language and enveloping yourself in its strange culture, however, the bliss to be found becomes plainly apparent.