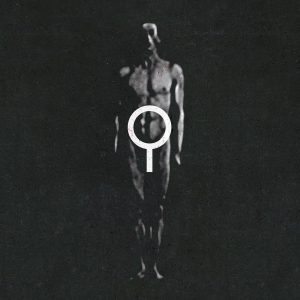 Released on October 21, 2014 via Independent

Sterilizer is the soundtrack to the dystopian present the cyberpunks warned us was coming.

Sterilizer is the sound of Tetsuo’s Metal Fetishist hacking a Model 101 Terminator into pieces for scrap parts.

Sterilizer is the sound of a desolate industrial planet populated entirely by mindless drones, who have long since abandoned communication for the numbing glow of the parlor walls.

In reality, Sterilizer is the latest musical outlet for Kansas City-based artist Brandon Duncan, who has been exploring both the audio and visuals of sci-fi and horror for a while now. This latest recording marries martial programmed rhythms to jagged shards of distortion, while stripping each song of anything that might identify them as recorded by an actual human being.

Opener ‘Vasectomy’s hyper-distorted chugging riff blasts out of the speakers with near decapitory power, interspersed with cymbal taps that clatter and clank like spent shell casings, while the glitches, whirrs and pneumatic hisses throughout the track further highlight the industrial edge to the material. It soon becomes obvious that the songs were written with plenty of space for vocal lines, however Duncan has declined to include the vocals in the finished mix. While I’d be very interested to hear that version of the album, the lack of vocals actually serves to heighten the inhuman, mechanised nature of the tracks.

There are no great deviations from this template throughout the rest of the recording, yet each song has its own identity and standout moment, such as the riff shutting down at the tail-end of ‘Depopulator’, the frantic, scrambling fretwork of ‘[Dis]content’, and the ominous yet danceable processed beats on ‘Domination’.

Everything about Sterilizer, from the songs, to their titles, to the visual identity, feels like a singularly dehumanised vision perfectly realised.

In the year 2014 AD… get yourself Sterilized!