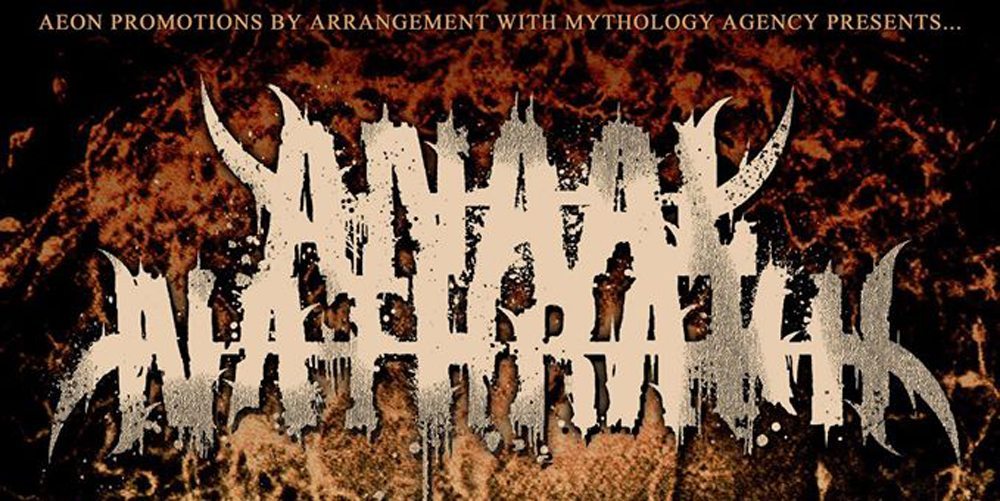 Carnage. Destruction. Utter chaos. And that was just the traffic jam getting to the venue. Fortunately, it all was balanced out by the ability to see Anaal Nathrakh make an extreme metal racket in the Boston Music Room on one exceedingly chilly Wednesday night. In such an intimate venue, it was inevitable that things were going to kick off in a most spectacular fashion, and I knew I had to be there to witness it.

[Due to logistical reasons surrounding my interview with Mick Kenney (to be published soon), I missed out on the death metal delights of Praesepe and Premature Birth, however I gathered from the crowd that both put in top-notch sets as always. While unfamiliar with Praesepe, I did catch Premature Birth’s set at Incineration Festival which was marvellous, and trust tonight went at least as well for the blackened death metallers as it did then.]

I manage to catch a brief window into the chaos of Sidious, daubed in corpse paint and standing defiantly onstage as their symphonic black/death metal roars out of the speakers. The grunting vocals are first and foremost to catch my attention, slotting in neatly with the choral keyboards and blasting drums. The technical end of the guitars is unfortunately lost in the mix, but the weighty groove provides a strong counterbalance, and the perfect excuse to get a quick neck warmup before the main event. Definitely a band to follow up on, judging by the sample I got live.

Finally, the distant echoing screams of ‘Acheronta Movebimus’ drift from the speakers, and the full live band of England’s finest take to the stage, complete with co-founder Mick Kenney, whose US residency has caused more than a few absences during the band’s UK dates. Evidently not the case this time round, and so with a grin on his face, he launches into the first of many riffs for the evening, while vocalist Dave Hunt paces the stage psyching himself up. Before long, the band are in full headbanging swing, complemented by the taped electro swirls from Gore Tech to beef up the groove.

Naturally, the setlist that follows is an absolute maelstrom, both onstage and offstage. Second song ‘Unleash’ is an appropriate place to start, as that song unlocks something within the minds of the crowd in front of the stage; pretty soon a full-scale moshpit is in full effect, people careering into each other like a friendly barroom brawl. This intensifies during the weighty crush of ‘Monstrum In Animo’, and turns to all-out war in the aptly-named ‘Bellum Omnium Contra Omnes’. The whole band are fully in the throes of their art, hammering out tremolo after riff after blast beat, with James Walford nailing each blistering solo on point, and Hunt’s vocals as misanthropic and yet empowering as ever.

As is customary for their concerts, crowdsurfers abound. Unfortunately for one poor sucker, he runs onstage just as the band finish up a song, leaving him stranded for Hunt to mock him mercilessly before ‘Forging Towards The Sunset’ roars into life, and he is able to fling himself into oblivion. It seems he’s not the only idiot in the crowd; not to put too fine a point on it, but Nathrakh seem to have really attracted the blockheads in tonight’s crowd, and they do a fine job of hampering the band’s performance. One fellow, drunk and bleeding for reasons unknown, attempts to converse with Hunt between songs, making a grab for his microphone. He makes a return just before the end, but we’ll get to that in a minute.

We reach the midpoint of the set, and it’s time to delve into the band’s history, specifically 13 years ago: ‘Submission Is For The Weak’, arguably one of the band’s mottos as well, is tantalizingly decimating. Unfortunately, like many of the songs in the middle of this set, it gets held up by idiots. It is a credit to Hunt that he stops the set to ensure the pit has not descended into fighting or “domestic squabbling” as he terms it (one guy using elbows does not go down well with the others), or that he responds to the guy who calls for ‘Between Shit And Piss We Are Born’ just as they finish playing it. The other band members are also lacking luck tonight: Kenney and bassist Duncan Wilkins manage to get their cables tied up spectacularly, which takes a while to rectify before they can plug in and play again.

As the fourth song of Desideratum creeps into their setlist, it strikes me as an accomplishment that these songs, which in themselves are an electro-enhanced sidestep from Anaal Nathrakh’s usual output, slide in so well among the more familiar tunes. The bouncing groove of ‘A Firm Foundation of Unyielding Despair’ proves this succinctly, before the band ramp up intensity two more times with ‘Of Fire, and Fucking Pigs’ and the by-now classic 1984-inspired ‘Do Not Speak’. “If you want a picture of the future…imagine a boot stamping on a human face forever!” roars Hunt before the track decimates what’s left of the sweating moshpit.

By this point, the famous drunk and bleeding man mentioned earlier manages to make a complete nuisance of himself. He hauls himself up on the stage, proceeds to smear the blood from his eye wound on Kenney’s arm, then promptly collapses into a sprawled drunken sleep while the band play around him. And with that, Anaal Nathrakh depart the stage while the buffoon is dragged off by his legs. Meanwhile, the rest of us can stagger out into the arctic winter outside, and piece together exactly what just happened in that hour of madness. Until next time, fellas.