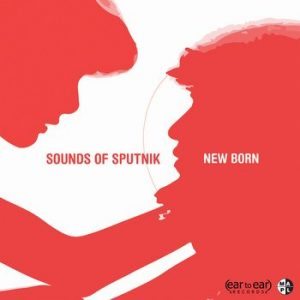 Pitched somewhere between a double EP and remix album, this debut release from Russian shoegazers Sounds of Sputnik is driven by the eponymous opening track ‘New Born’, and it’s certainly strong enough to carry an album. Sounds of Sputnik is the brainchild of Roman Kalitkin, who has been ably assisted by Canadian-Ukrainian duo Ummagma to co-write, produce, and record the album, with that band’s Shauna McLarnon and Alexx Kretov providing vocals warm enough to heat a mug of milk.

It is McLarnon’s vocal that swoons alongside ‘New Born”s gripping melody with just the right echo behind it. The drumming and guitars complement this, with the introduction of synths adding depth to the extended coda – the sounds of a whole host of bands can be found lurking here, from Slowdive to Jesus & Mary Chain.

This lead track is one of just six mixes of the track. So yeah, listening to the entire 11 track release isn’t likely in a single sitting, but there’s some interesting remixes, particularly from OMD’s Malcolm Holmes who buries the vocal under a blanket of reverb but mixes it higher, giving McLarnon’s voice a pedestal to project from. The electronic rhythm section completes a remix that wildly differentiates it from the original, but maintains its poignancy. In another remix Morozof takes it in an entirely other direction with a club beat and enough cowbell to turn a cattle field into a rave.

The second dominant track is ‘Light Scheme’, which sees McLarnon and Kretov team up on a track not too far removed from Ummagma’s own work, their vocals intermingling like roses twisting their way up a wall with a lush dreampop blanket behind them

The remix from Sputnik (one of three) with heavy guitars and beating drums shrieking throughout is a highlight of the album. That is its problem too though. With nine of the 11 tracks given over to two songs this is a strictly for fans release. There’s much to be enjoyed on it and the work of various producers is impressive. It sounds like a group of friends getting together and de-constructing each other’s work. The trio worked together in Russia back in 2002 and after losing touch for over a decade they hooked up and this is the result. As an experiment its a success. As an enduring collection of songs, not so much.