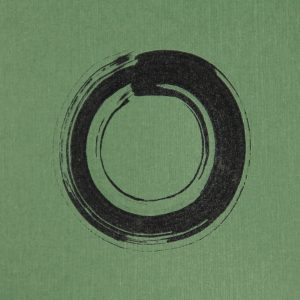 Released on January 7, 2015 via Bandcamp

With Quebec black metal leaders, Gris and Sombres Forêts, putting out near-classic albums in 2013, it’s no surprise to see a number of emerging bands of a similar ilk trying to follow in their footsteps.

Rising from the very same Quebec scene, Entheos are the latest act to emerge from this area that has developed quite a unique sound over the years. Combining depressive black metal with strong elements of post-metal, dissonant tech-death and acoustic interludes, Entheos have all the ingredients of something truly special and this is demonstrated to full effect on their debut album, Ototeman.

After the mood-setting ambient opener (which is somewhat reminiscent of Neurosis or Godspeed You! Black Emperor), ‘Les Titans’ launches into its 10 minute assault. While it’s far from the album’s best cut, the biggest issue is that it’s simply not a very good opening track – everything is in place for an epic, and the dissonant guitar riffs are interesting, but the song would have been better placed towards the middle of the album. Despite this, it does begin to grow on you after a few listens and it’s just a shame that it doesn’t quite have the desired impact at the beginning of the album.

‘Ouréa’ speeds things up with some traditional black metal riffage but it’s at this point where the vocals really start to shine. Jean-Lou David’s vocals are nothing new for the genre but they are full of passion and rage, and it sounds as though this is a genuine emotional outlet for him… something not heard too often in modern metal.

‘Rêve de Grandeur’ is Ototeman’s first real highlight, where the sluggish mid-tempo of ‘Les Titans’ meets the vocal fury of the third track. Opening with a beautifully evocative acoustic section, it’s not long before a violent scream disrupts the tranquillity and smothers you in sorrow. ‘Rêve de Grandeur’ succeeds where the previous attempts failed – it stays interesting throughout its runtime by adopting a progressive metal approach to the songwriting. Heavy sections and quiet acoustic moments are exchanged on a regular basis and the riffs and vocals are a good deal more interesting than they were before. And for once it all leads somewhere – an epic conclusion with a guitar solo to boot!

‘La Mort Solaire’ continues the momentum with some nice bass work and great up-tempo black metal sections; it’s nice to hear a DSBM band incorporating some ‘real’ black metal again, as many groups in the genre appear to have forgotten that there is more to depression than just sadness. ‘La Mort Solaire’ is short and sweet and wonderfully pissed off.

However, the real highlight is still yet to come. After the solid ‘Lecture Solaire’, ‘Parasite Asservi’ gets underway with some dark and brooding unaccompanied guitar work. Before you know it, a chaotic instrumental section unfolds and soon after the vocals enter the fray. Everything comes together in what can only be described as a hurricane of sound, with frantic instrumentation (that sounds a bit like Gorguts) and the most deranged vocals on the album by far. The song’s conclusion is entirely appropriate, if only slightly underwhelming after the insanity that comes before it. ‘Parasite Asservi’ is the closest realisation of Entheos’ sound so far and this is what they should be aiming for more of on their next effort.

Entheos are already shaping up to be an impressive addition to the Quebec black metal scene. With the guiding hand of Annatar, the sole member of Sombres Forêts who assisted on the album’s creation, their future looks incredibly bright (or should that be dark?).