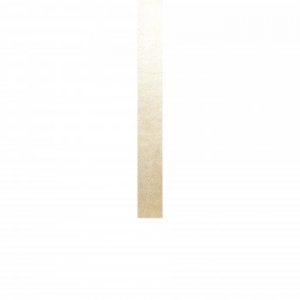 One year after the release of the EP Pain Is On Our Side Now, Father Murphy, one of the most mysterious and enigmatic musical outfits coming from Italy, are back with Croce, a new album that, as the title properly suggests, has its central theme in the concept of crucifixion. Fans of the band won’t be surprised about this choice considering the past discography of a band that is considered one of the most representative entities of the “Italian occult psychedelia”. After losing Vittorio Demarin as band member, Father Murphy are now a duo composed by Freddie Murphy (vocals, guitar) and Chiara Lee (vocals, keyboards, percussions), whose vocals work as an additional instrument over the distorted guitar and the noisy and the chaotic sound that is the leitmotiv of the whole album.

I’m a fan of this band and I listened to Croce several times before I started writing about it. My first reaction was disappointment. Disappointment because it seems that the duo lost the occasion to create something new. Every time they released a new album they always delivered something different: from And He Told Us To Turn To The Sun to the previous, enigmatic work, Pain Is On Our Side Now, they’ve always crossed the boundaries of their style – the electronic elements of Anyway Your Children Will Deny It are spectacular – but not this time. With Croce Freddy Murphy and Chiara Lee didn’t push the envelope, instead remaining in a well known territory.

This doesn’t mean that the new album is not good. The opposite. They are so good in what they do that they manage to remain pretty unique in their style and one of the best band in their music genre. But they spoiled us so much in the past years, giving us always records so different and so challenging that this stop could disappoint the most passionate fan.

Croce is composed by eight tracks for a journey of about 40 minutes among noises, but the album can be considered as two main parts where with the first one represents “the suffering and sacrifice and the flip side reflecting what comes after”. The first part of the album, from the opener ‘Blood Is Thicker Than Water’ to ‘In Solitude’ is particularly doomy. The only nuances are grey or deep dark and the whole atmosphere is gloomy and funereal. A constant element of each song is the chaos that sometimes goes over the vocals of the duo and act as protagonist. And they are so good in creating a so oppressive atmosphere that you’ll have the sensation to suffocate. When you think that it’s time from that second part that should bring a new breath and some light you understand that there’s no room for them in the world of Father Murphy and you are again in a murky and muddy world.

Towards the end of the album there’s a track that’s a masterpiece: ‘They Wont Hurt You’  is solemn, intense, deep and moving. It’s the light we were waiting for and we moved towards to. The pipe organ is majestic and the whole track is one of the best the band has ever written.

Futher Murphy’s sound is not for everybody and requires time and patience to be appreciated. Even though the new record has added nothing new compared to what we already know from the Italian duo, they still remain one of the best entities of the dark and psychedelic music world.