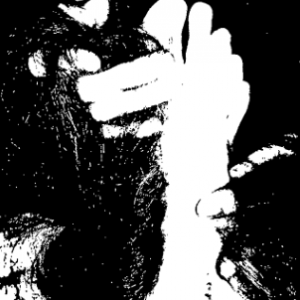 There is little information on Malsanctum regarding their origins or mission statement. With Iron Bonehead Productions stating that the band is not quite funeral doom, not quite doom metal and not quite black metal, it is safe to assume that since the genres are brought up, that the band falls into them. And within the niches, nooks and crannies they sit there, barbs bared.

Being undefinable, perhaps rather advertising yourself that way, is the big way to standout amongst the herd today. Of course, when it comes down to go time, there’s the question of just how true were any of the sentiments advertised by the band or their label? Malsanctum offer up Metamorbid Fetishization, a sprawling twenty-four minute track that sounds like it was recorded in a damp basement. It’s a a record that offers dips, drops, raw blasts, and an overall uncomfortable tone. One could say that the Canadian unit is going for something that may have been lost in the days of yore, before bedroom recording became some sort of unnecessary slam against a band.

Malsanctum is, for all intensive purposes, a blackened doom unit. Taking the punchy attack of black metal and slamming it together with the drone and trudge of doom, the band has all but grabbed ugliness by its throat and strung it up like a hangman. From the first few notes of Metamorbid Fetishization, the album makes no bones about what it means to be. What perhaps it does right off the bat is not mess around or bother with some boring, thudding or droning intro. The band gets down to business fairly quickly bringing in aggression immediately rather than waiting for the mood to build. It’s once the distant, even ethereal, vocals kick in that things take a turn for the doom.

What Malsanctum does right on this album above all else is mood. One can harp on the severe raw nerve of the recording or the that it gloats, but the band truly shines when they’re doing something to establish mood. The haunting thumps or the swishing in the background bring out an all consuming horror; something that’s always there in the background but is often just quiet enough that you might not notice it.

Though the haunting aspect is there in spades, the single song is long and falls back more on doom than it does black metal. There’s a blast here and there but a large portion of the song is slow, creeping and instrumental. The song actually gets even slower for the remainder of its run time around the fifteen minute mark, turning itself into an ambient noise track complete with feedback, though guitar does filter into it a little more as it trudges along. Unfortunately the final bit never feels like it goes to any length to experiment with what it has. It hardly intensifies and rests almost fully on drone.

Metamorbid Fetishization is going to appeal mostly to those who like their songs very long and their recordings raw. Overall the piece feels extremely stretched and whether the intention was to make the listener feel uncomfortable about its length and ability to dwell on certain aspects, especially the noise, is uncertain. Though doom fans might find something here, those more strongly drawn to black metal aren’t going to see much of the genre here. Nor is anyone that’s into noise going to find much here either. When the moods are strong the band shines its brightest but for the most part that’s in the beginning. Metamorbid Fetishization comes off as dry, in summary. It’s good if you need some background noise for almost twenty-five minutes but as a single song it could have benefited from some trimming.