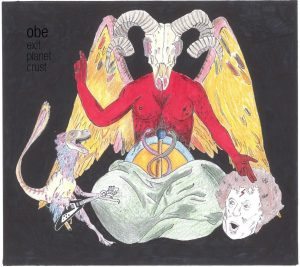 Thank heavens then that they decided instead to kneel at the altar of the mighty riff and have evolved into something closer to the propulsive instrumental rock of early And So I Watch You From Afar. Not quite ponderous enough to be post-rock, not quite heavy enough to be post-metal, Partners may not have been dripping with new ideas but it fizzed with energy and vitality. They just about overcame the sense of déjà vu about it through sheer bluster – as the riffs flew and burst like fireworks ceaselessly around your ears they seemed determined to win you over – and just about got away with it.

Given the wheelhouse they work in it seemed inevitable they’d find themselves playing Bristol’s niche rock fest ArcTangent this year. They’ve duly found themselves on the bill and Exit Planet Crust is something of a 3 track victory lap ep that picks up exactly where Partners left off. You might think that the trend for pun/portmanteau song titling is a dead horse that has been flogged to dust at this point, but obe beg to differ. Exhibit A: ‘Velocoriffter’. If that doesn’t put a smile on your face then check out the flying V wielding dinosaur on the record’s cover. If you’re still not grinning then maybe obe aren’t for you. The song is just what you’d expect with that title: it starts gently but soon enough then the drums gallop their way into a series of awkward pummelling grooves, refusing to let up for the next five minutes.

‘El Diablo’ starts out with glistening Stars of the Lid-esque swelling delay pedal work before a mathy tapped guitar line leads us into a seven and a half minute trip through tense, taught passages via a slow build and crescendo that harks back to their post-rock roots. They ice the cake with a welcome bit of wanton trumpet action at the song’s climax. Closer ‘Leo Slayer’ brings the metal to the fore with choppy guitars and occasional squealing harmonics reminiscent of Fall of Troy, barrelling onwards through triumphant sections of Mono-esque fluttering guitar. It ends just as it seems to have peaked in it’s momentum with a group “huh!”

Which acts as a near summation of the strengths of Exit Planet Crust nicely. It’s not without its more ponderous passages but at its best it’s as buoyant as it is heavy; a trio of effervescent, neatly crafted songs that are dead set on merrily bouncing from riff to riff until everyone is grinning along with them. There’s no shortage of bands peddling instrumental post-ish rock right now – if you turn up at ArcTangent and throw a rock (note: don’t do this) you’ll probably hit someone playing something similar. You could be forgiven for feeling a bit fatigued by them all. But when obe hit their stride on they put forward a convincing argument that enthusiasm and craft are enough to win the day all the same.

Catch obe launch their EP live at The Victoria In Dalston on April 17th. 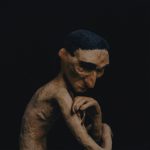