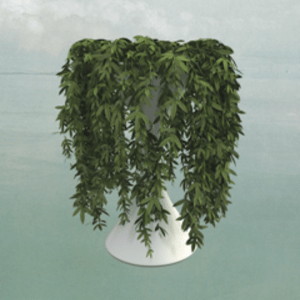 Four albums in and the retro party is well underway in the House of Errors. This release – again on Mogwai’s Rock Action label – sees the band up the stakes. 2012’s ‘Have Some Faith in Magic’ was something of a breakthrough for the Glasgow band, and it’s as if that has given them confidence to take their electro-synthpop in a new direction. One with more 80s and more grooves.

The synth is the undoubted star of the album, and it’s the first instrument we hear – chiming and multi-layered. Given the current strength of the electronic scene in Glasgow, there’s bound to be comparisons with the likes of Chvrches, Miaoux Miaoux and Machines in Heaven, and that’s where Errors have perhaps gone off on the wrong tangent – where previously they sounded like nothing else, they now sound a lot like everything else that’s currently hip (with a heavy nod to The Knife’s Silent Shout). That’s the thing about ‘Lease of Life’ – it’s been very aptly named. There is a literally a new lease of life here and it’s one that fans of the band may be slightly unnerved about. That’s a comment on where to place the album though, not a swipe at its undoubted quality.

Opening tracks ‘Colossal Estates’ and ‘Lease of Life’ set this new retro direction out shamelessly. This is a band that sounds more confident in looking to the past to shape its future.

Tracks like ’Slow Rotor’ are approachable, poppier than before – edging into Hot Chip territory, with more standard vocal melodies in place. ‘New Winged Fire’ has something of the Depeche Mode about it, a darker edge that merits repeat listening.

Closer ‘Through the Knowledge of Those Who Observe Us’, is a culmination of the journey the band has been on to get to this album, It’s huge, drenched in 80s beats, with a group vocal that errs towards dreampop but clearly has its roots in a folk melody.

There’s a lot of ambition here, a lot of complexity. And ultimately, as a stand alone album, there’s a lot to savour and enjoy.