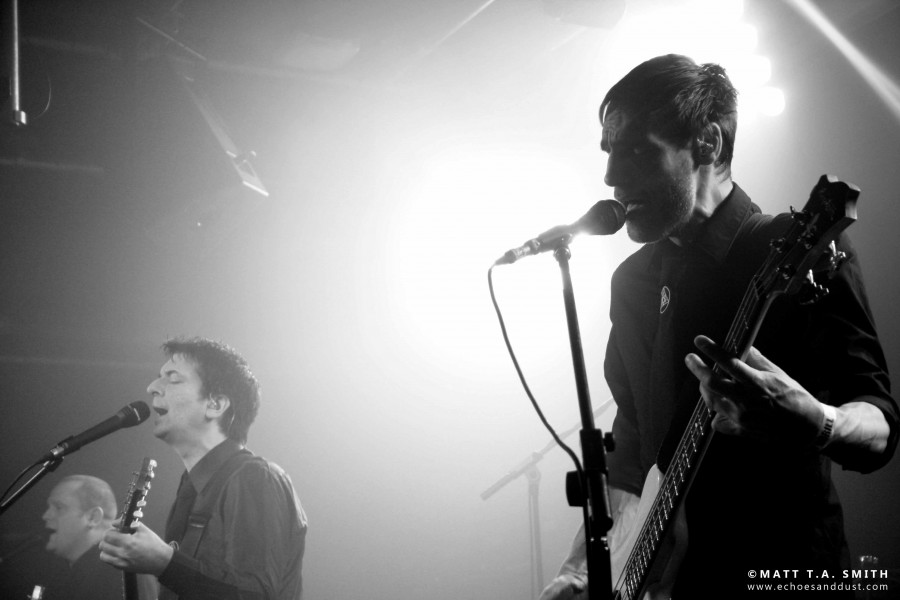 Manchester’s Gorilla is unequivocally an odd place. Having only opened just over two years ago, it was immediately identified as a key location around which the city’s ‘Southern Quarter’ (ugh) is slowly and unavoidably gaining ground. Aimed at that invisible market between young professionals sporting open-necked shirts and obnoxiously shiny footwear, and students clothed in Run-DMC t-shirts bought at Primark and with vomit covering their one remaining trainer, it successfully caters to neither. What makes it even more odd is that, hidden away behind Gorilla’s ‘Gin Parlour’ and advertisements for club nights with names such as ‘Juicy’ (ugh again), is a perfectly competent live music venue. And what’s more, a string of perfectly reputable musicians have been choosing to perform here over the more obvious choices of the nearby Ritz or Academies. And what’s even more, they’ve probably made the right choice.

Black Moth take to the stage to a criminally underoccupied room. Having taken in a number of the band’s slick performances recently, the thought of an act of this calibre performing to around just 15 people pains me, although, thankfully, the indolent crowd thickens considerably during the band’s opening barrage. Due to the limited depth of the stage, Dom McCready’s tubs have worked their way front and centre tonight, and whilst it’s definitely not always a good idea to put your drummer where people can actually see them, the result is that the five musicians resemble one of those scenes in medieval dramas where an attacking army lines up across a hill, albeit a tad gothier. However, launch into an attack they certainly do. 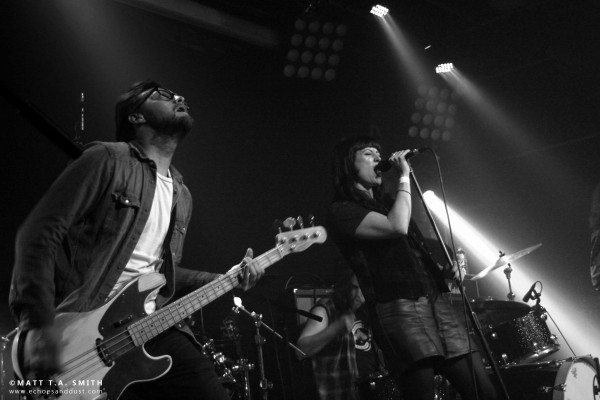 The crushing doom of opener ‘The Undead King Of Rock ‘N’ Roll’ grinds into the infectious groove of ‘Tumbleweave’, while old favourite ‘The Articulate Dead’ serves as the pinnacle of tonight’s set. As usual, the band are on perfect form, exhibited in breathtaking fashion during new single ‘Looner’ where vitriolic vocals are expertly married with twisting guitar lines over thundering percussion. It must be noted that the twin guitars sound simply exceptional this evening, providing stoner murkiness with the crispest delivery. However, it’s not the quality of the performance or sound that make Black Moth’s performance so special; their music evidently serves as an outlet for the fervent hunger of five friends who are not yet merely co-workers. It is this that makes their rising popularity so exciting, and a stage time of 45 minutes simply not enough.

Normally, being asked to follow Black Moth’s explosive performance would unnerve even the most experienced of bands. Thankfully, Amplifier aren’t normal. Adorned in matching shirts and ties, the band hop onto the stage to set up their own equipment (always a nice touch), before leaving the stage and then coming back on again a few minutes later (SURPRISE!). Throughout their mammoth two hour set, Amplifier shine apparently effortlessly. While the night’s setlist is built around cuts from recent offering Mystoria, the band delivers a range of career-spanning compositions covering almost all of their records proper (sorry, Echo Street fans). 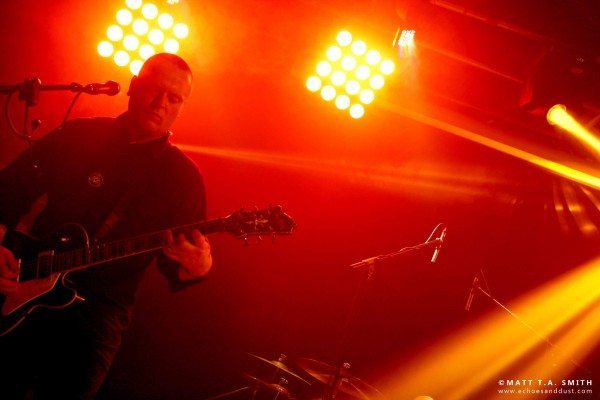 The frenzy of ‘Magic Carpet’ bleeds into ‘The Consultancy’, before the roaring psychedelia of ‘OMG’ comes crashing down upon the audience. Frontman Sel Balamir, despite his assertion that he is rubbish at public speaking, reveals himself to be a gentle and gracious host of the course of the evening, at times even seeming overwhelmed by the audience’s deafening approval, while tonight is evidently a good night for drummers with Matt Brobin in particular being on top form. 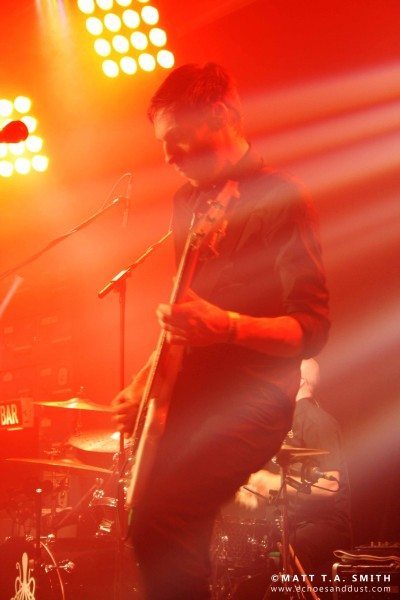 Throughout their performance, the band’s energy never fails to impress, with it proving impossible not to become lost in ‘O Fortuna’ and the euphoric combinations of swirling guitars and howling vocals in ‘Interstellar’. Balamir proves to be very much the focal point of the performance; when not smiling like a maniac and singing along to his own guitar parts, he can seen strutting across the stage and bobbing his head like some kind of mad, heavy metal pigeon.

After their return to the stage following what has got to be one of the most passionate encore demands from an audience that I have ever heard, the band break into a powerful ‘The Wave’, leaving the entire audience smiling as much as Balamir himself.