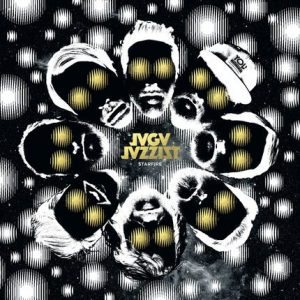 Jaga Jazzist are already a pretty unique outfit. An eight-peice ensemble hailing from Norway, prominently know for jazz or at least a hybrid mutation of, and spanning over twenty years now. Starfire, their new album, is like an amalgamation of their various sounds they’ve dipped their toes in previously, yet also like nothing else they’ve done. The result is massive, a sprawling spacious monster of an album that constantly shifts styles, rhythms and genre.

Their approach to the writing and recording saw different methods used and more electronic influence. The album however has a gloriously warm feel and is very organic. The album never settles for a minute and every second is used to get its huge sound across. Opener and title track sets the tone, with stop/start rhythms and melodic flourishes. It soon transform into a massive prog/funk epic, taking further turns throughout.

The amount and variation of instruments used on ‘Starfire’ gives it an eclectic feel and yet it all feels interlinked. ‘Big City Music’ continues the journey as a 15 minute exercise in groove and melody. The deviations are intoxicating, and you forget your still listening to the same track. Then it will revisit one of the main melodies before shooting off again towards further highs.

‘Shinkansen’ sees gentle acoustic strumming introduced for a more ambient and serene feel. It acts a respite from some of the more head tripping sounds but still shapeshifts into a more beat driven electronic affair. ‘Oban’ continues the epic space jazz theme and constantly drops huge melodies throughout its ten minute plus duration. ‘Prungen’ ends the album like some shamanic ritual introducing further sounds to the huge melting pot.

The best way to describe the sound on Starfire is cosmic-space-prog, there are elements of actual genres but Jaga Jazzist have taken them and created something special. Probably their most ambitious and best album to date, its a trip you don’t want to end.