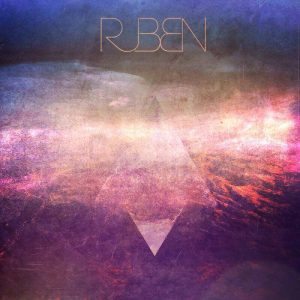 French dance outfit Ruben recently released this ambitious album of alternative electronica, and it’s well worth a listen if the likes of M83, Boards of Canada or even whistling as you walk briskly down a tree-lined lane in summer are your thing.

Florian Mona  and James Eleganz are both relatively well known singers in their native France, and when they teamed up to create music that would inspire them, Ruben was the result. There’s not much coverage of the band online (in English anyway) which makes them something of an enigma – that said, their music does the talking for them.

The album commences with ‘Instant Choisis’, all industrial drums thudding beneath a long echoed backing vocal and a murmured refrain of ‘hey how’. The vocals are very much part of the mix, just another instrument. That’s something apparent throughout.
‘Si Loin’ begins with backward loops the evoke feelings of emptiness and vacant space. Cymbals clatter like thunder as heavily distorted synths begin to emerge from the rug, and suddenly the sky is clear, the beat is uplifting and it’s as if a storm has passed. The strength of the production allows this vision to flourish, and must be commended.
This creating of moods directly through instrumentation works well, but perhaps threatens to veer too far into just atmospheric ambience, until that is ‘Comme Une Évidence’ kicks off – with the most memorably whistled melody since ‘Young Folks’. It’s one of those tracks you’d swear you’d heard before on a TV commercial for an aspirational product out of reach. There’s even a flamenco guitar bridge. Suffice to say, it’s seriously fucking good. The track has a habit of staying in your head and is the real stand out of a collection that merits as much exposure as it can get.
The quality remains consistent throughout too, with closer ‘La Peinture Américaine’ shows the strength the band has in evoking a sense of place through music – it’s music as art in the truest sense. Experimental, yes? Successfully? Absolutely.