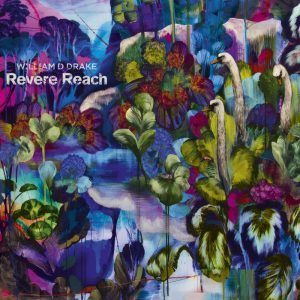 It’s easy to talk about 80’s era Cardiacs here as it’s the most obvious reference, Mr Drake was a key member of that band. A lot of the songs seem influenced by folk rock and minimalists like Steve Reich. Some of it feels a bit like the lost soundtrack to a 1970’s kids TV series.

This album also feature members of excellent Voivod quoting duo Stars In Battledress. Lovely keyboard sounds including some excellent trademark harmonium and hurdy gurdy feature across the record, as do some stunning harmony vocals. It never fails to please with some lovely chord progressions and arrangement ideas.

‘In Converse’ in particular has some nice Satie influenced chords. It’s great to hear odd timings used in the context of interesting songwriting, alongside some tracks that fell like old sea shanties.