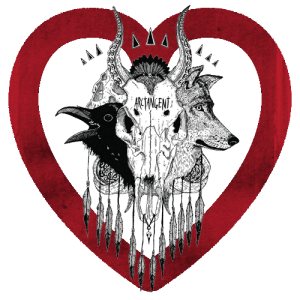 Everyone is amazing, you don’t see a frown and you don’t see crown. Everyone is on the same level of having fun, discovering music, loving music and engaging with our fellow humans! Music. Yes, there is so so so so much of it. Mmmmm. Music BATH!

Lite and the Dillinger escape plan are the main bands i want to see but in terms of general festival experience the whole thing is just awesome, so many good people and friends bands playing its just a huge reunion party. CAN’T WAIT!!!!!!!

Steve – I love being outside, so just being out in the open air for long periods of time will be nice!!
Matt – It’s the sense of community, that’s what makes Arctangent different.

I think we’re mostly looking forward to just seeing our friends who we only see once or twice a year when we are touring. It’s always good to catch up with them. Last year’s camping area we had with them all was mental and such a good laugh so I am hoping that this year is every bit as good, if not better.

Band wise, Dillinger and Deafheaven are the obvious two. We supported Deafheaven in Glasgow in October 2013 and it was such an intense show. We’re also looking forward to seeing our pals Black Peaks play as well. It feels like ages since our tour with them so it will be good to see them play again. On top of that we’ll be seeing our friends in Polymath, Alright the Captain, Body Hound, Alpha Male Tea Party, Cleft, 100 Onces and Lambhorn. There’s also bands like Quadrupede, IEPI and Steve Strong that we have never seen so we will be hoping to catch them as they all sound amazing from what we’ve heard so far. Just realised 100 Onces and Steven Strong are clashing. Decisions, decisions.

THERES JUST SOOOOO MUCH OF IT. Its hard to specifically point out who will be the most exciting to see as there’s literally a metric fuck tonne of good stuff on hand to check out. Cleft, The Fierce and the Dead, Body Hound, AMTP, Vodun, Vasa, OHHMS, Vennart, Dillinger, Deerhoof, aaaaargh TOO MUCH. I reckon there’s going to be a lot of running between stages this year. Knowing more people who are attending this year and getting to hang out with them all more. Last year was a bit of a getting to know you thing, this year we’ll be jumping straight in to the good times.

All of it, come join us for a jog between stages! The silent disco was just so great at both the previous years of ATG. I’m really into camping, so that too. As long as the weather is better this year, I’ll be just strolling round in a cloud of pure joy.

Music: Rolo Tomassi, The Dillinger Escape Plan, Deerhoof, Body Hound, 100 Onces
We’re going to forsake the Artist camp area and clean toilets this year in favour of camping with all our friends in the main campsite. So we’re looking forward to being absolute wrecks by the 3rd day when we actually have to play a show.