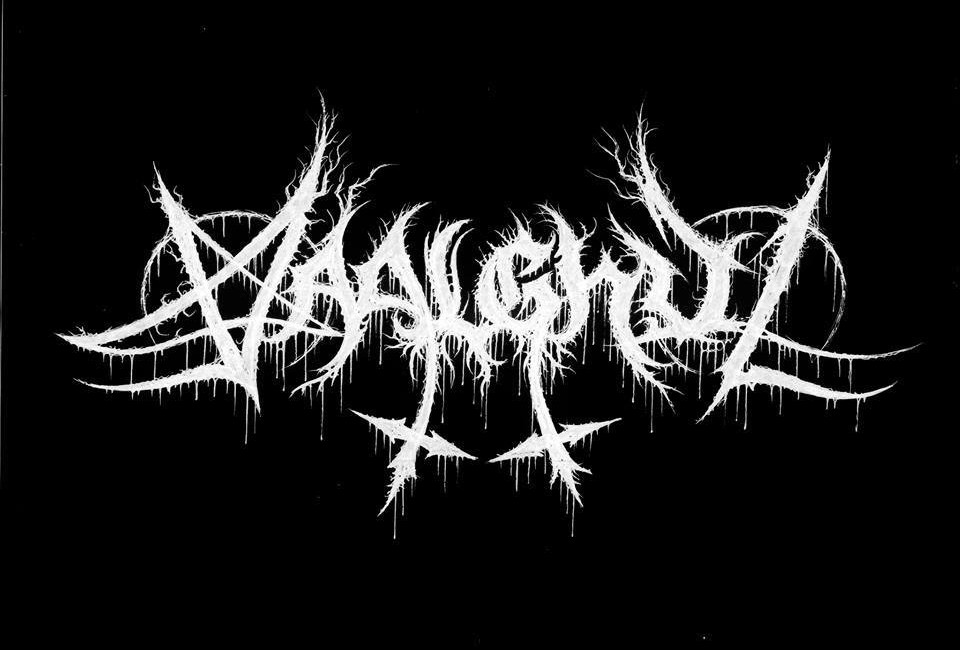 Metal is a many-headed beast and mostly we hear about the bands that roam the western part of Europe or North America. In the quest to find out what else is out there Guido Segers stumbled onto the band Vaalghul from Macedonia. Now, just saying Macedonia causes bad blood, so usually the country is known as the Former Yugoslav Republic Of Macedonia (FYROM). That depends on where you come from though.

I find that many people in my country don’t even know this place exists, which is quite interesting. It borders on Kosovo, which is another great unknown together with Albania. The main conflict concerning the country’s name is with the southern neighbours, which is Greece. The country has been heavily investing in its identity, even following a policy of antiquisation. Macedonian identity is a part of the music, Vaalghul’s Malthus readily admits. It seeps into things.

Vaalghul is a black metal band, which is currently unsigned. In 2014 the first EP was released and work is underway to fix the second release. Malthus answered my questions over e-mail and through online chat, because he’s currently residing in Australia.

(((o))): Can you start with where the name comes from and how you started out with the band?

Malthus: Vaal is the name of a demon, ghul is just an addition to give it a better sound. Vaalghul is the ‘Tyrant Overlord’ (God of Terror). The vocalist got that name when we were wondering about a band name a couple of years ago. There were some other options but we felt this fits pretty well. Back in those days we weren’t entirely sure if we would be doing something serious. Not that it was a joke of course. We came with some good ideas and then recorded the first demo. The production was very raw and almost impossible, but some people liked it.

We recorded the demo in the classic way with one guitar amp, a shit soundcard and then this is the result you get. There are many ideas behind this project, but one of them was making something different in our country. We wanted to be unique in our country with some extreme music.

The lyrics were Satanic initially, but the point of them was to provoke people. Shake them up from their regular ways of drinking coffee on Main Street and gossiping. They enter the church when they have to and that’s that. We did enjoy writing the lyrics. I guess the Satanism is mainly provocative, but it also is a tribute to those who want to live free and do what feels good.

(((o))): You’re using the name Malthus, can you tell me why you chose that name?

Malthus: In demonology Malthus is a prince of Hell and I liked the name. That’s why I took it.

(((o))): Which are the bands that inspired you to get into heavy metal?

Malthus: I’m not sure I remember what I was listening to, but I’m sure I listened a lot of Death, King Diamond, Psychotic Waltz, Iced Earth, Iron Maiden, Judas Priest, Dio and Slayer.

(((o))): I read that you used to have some band members, what made you continue on your own? Which bands inspired you?

Malthus: Yeah, I used to have some band members. We were three people in the band, but one of the members never had time to record, another had no time at all… It wouldn’t work out that way.

What made me continue was my passion for the music. I also had the time to write and record music. It’s not that I had big hopes, but I wanted to make everything more extreme and more provocative. I guess the biggest inspirations were Mayhem, 1349, Dark Fortress, Isegrim, Leviathan and Setherial for me.

(((o))): How did you, living in Macedonia, get into metal music? Where there any local bands inspiring you?

Malthus: I happened to have really good friends who were listening to all kind of metal music, when I was in my youth. My best regards to them! Actually local bands were my inspiration and drive to record something new and more serious. There are lot of good bands though, but most are not my style, but still unique in their own way.

Malthus: Back in the early days we never had plans to play live. We did want to at some point, but we didn’t have a drummer who was up to the challenge. There are quite good shows in Macedonia though, even though most are hardcore shows. At least they’re very energetic.

(((o))): I read you’re working on a new album. Can you tell a bit about the record, the artwork and the message you’re trying to convey?

Malthus: It will take some time before I actually finish this album; it was supposed to be out a few months ago. It’ll be out sooner or later though. The vocalist of Septuagint (kick-ass band from Greece) will perform the vocals on the album as a guest musician. The artwork is going to be done by Gediminas Kiaun? (Manum Diaboli Art) from Lithuania. He is a really passionate artist, who makes the perfect artwork. If you need some artwork, he is your man. He just popped up on Facebook, which got my interest. I checked his work out and was amazed, so I got in touch and we struck a deal. I check his work again for new stuff every week.

On the new release the lyrics will be more spiritual Satanic, the message itself I’ll leave in the middle. Each can figure out their own from it.

Malthus: It’s hard to give an answer to this that feels right. It depends. It can be thrashy, mixed with doom or anything these days. Many bands have been taking black metal to whole different levels. Look at bands like Dark Fortress mixing music, but still good kick ass and still black metal maybe not pure like raw one line, but still black metal. If you listen to the records De Mysteriis Dom Sathanas and then to Ordo Ad Chao, you hear two different worlds, but still both black metal. Both completely Mayhem. Uniqueness? I took these because of the good vocal range of the vocalists, Good “scream” “grim” cold evil vocals, and good atmosphere in the music.

(((o))): Can you tell a bit about the scene in Macedonia, its history and what bands are standing out according to you?

Malthus: Sure, back in the 80’s it got serious here with bands like Orion and in the early 90’s. They played thrash/death metal with some excellent riffs and solos. On their tail followed bands like Dismay and Sanatorium. Later bands like Arhont and Hall Of Sins rose up in the 00’s. Those are the most important names I think.
I also think they represent the spirit of metal in Macedonia. There’re only a few extreme metal bands, but they have a good history behind them. The same goes for most of these bands. When you have the time, take a listen to each one carefully.

(((o))): I noticed there are more bands than I thought in Macedonia, but I hadn’t found them due to the Cyrillic writing. What makes bands chose either?

Malthus: The Macedonian alphabet is in Cyrillic, so many bands just want to represent themselves in their own language, which is their choice. Personally, I prefer the English, because this way everyone can grasp your message, whatever the lyrics are. If you write in your mother tongue, it’s pretty hard for foreign listeners to get your lyrics and translating them is not really it I think. But what do I know, there are people who care nothing for the lyrics, so it doesn’t matter whatever language it is.

(((o))): If I visit your country, what spots should I as a metalhead definitely visit?

Malthus: There are many great locations in Macedonia to visit, especially in Bitola. The city has a history behind it, but as a metalhead I think only summer is a good period to visit. Usually people (metalheads) are gathering in the park, drinking a beer. A lot of people do that anyways.

There used to be some good places to hang out, but not anymore. The new generation of metalheads is trying to change that and I think they are getting there. There are no real record stores you could go to, the only choice is to buy music online or go to Thessaloniki in Greece. That’s an option since my city is close to it. There are gigs though.

(((o))): I understood there’s quite a rivalry between Greece and Macedonia, based on a name and cultural dispute. Is that in any way tangible in the metal scene?

Malthus: Yeah, a lot of people are curious and asking about that. For me, I have a lot of good friends in Greece here and there, these days not many people think the way about this as they did in the 90’s (when this was an actual political issue red.). Especially people involved in the metal scene and who don’t care or are against politics from both countries don’t care much for these issues. Governments are the problem I think, not the people.

(((o))): Do you think anything of the Macedonian identity seeps into the music?

Malthus: For now, it will be the new single that is going to be released. The album will be out later some time. Who know, for now when I think about the album release, I have no clue what’ll happen after.