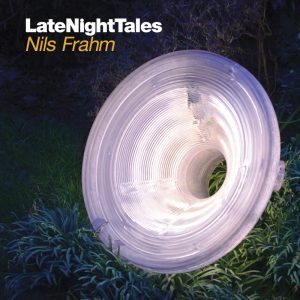 And on the seventh day, the folk that produce the Late Night Tales series asked Nils Frahm to get involved. Wee religious reference for you there, because you see, listening to this collection of songs is something of a religious experience. Hyperbole? Yes, of course, but it doesn’t make it any less truthful. Fans of the German composer will be feverish about this release, but glancing through the tracklisting ahead of getting hold of the album won’t offer many clues. There are obscure artists and then there’s this – Frahm has trawled through his own collection for nuggets of musical perfection, and he’s landed a hell of a catch. There’s neo-classical (of course), there’s ambient, there’s dubstep, there’s jazz, there’s traditional African music. All in all it’s a blinding array of genres that shouldn’t fit together, but Frahm isn’t a DJ – nor is he trying to be. And he’s not just put the tracks together – he’s reworked and re-imagined, with subtle edits and effects adding to the hypnotism throughout.

Ahead of its release Frahm said: “If I got a little carried away or stepped on anyone’s toes in my quest to do something interesting and original, then I apologise. Some things may have accidentally landed on the wrong speed, while other spooky happening have occurred along the way, whether it’s ghostly additions of reverb and delay or simply subtle edits or reproductions, they’ve all gone into the magical stew I’ve tried to create for your pleasure and edification. I can’t tell you how much fun I’ve had creating this compilation for you but, suffice to say, I hope it will be a nice journey for your mind and heart.”

Magical stew sounds about right. Opening with his own cover of John Cage’s ‘4’33’ we move into ‘Liquindi 2’ by the Baka Forest People of South East Cameroon. Even this early on in proceedings, it’s clear that something incredible is emerging. From here, there’s the first hint of the breathy jazz that appears throughout (in this case, courtesy of ‘Divertimento Fur Tenorsaxophon Und Kleins Ensemble Pt. 4’ by Carl Oesterhelt and Johannes Enders – go on, namecheck that one next time someone asks you what you’re into). Next is another of the few recognisable track – a reworking of Four Tet’s ‘0181’.

There can’t be many albums that feature Boards of Canada as well as Miles Davis, or Nina Simone for that matter – who’s haunting ‘Who Knows Where the Time Goes’ is one of the album’s highlights.

Highlights is an odd word here. There are 23 tracks in total and such is the diverse nature of them that stand outs will differ from listener to listener. Those that I am drawn back to time and again though include ‘Peaks’ by Dictaphone (a slow-paced piece of trumpet noir that just makes you want to light up a cigarette, but not here or now; in the 40s in a jazz club in the rain), and ‘Mango Drive’ by Rhythm & Sound (a slice of downtempo drum & bass that is reminiscent of Kruder & Dorfmeister’s early 2000s output). Even the closing track – a dark short story read by Cillian Murphy is a gripping, bold conclusion.

As a collection of songs this is many things – an eduction, a joy, an odyssey of sorts into the minds of one of the most celebrated musicians working today. It demands repeated listening – with Google close by to help explore these musicians that Frahm has been generous enough to share with a wider audience.