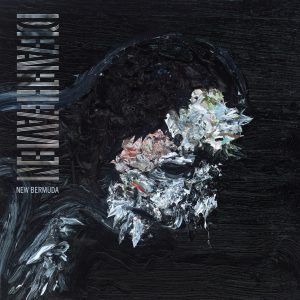 Released on October 2, 2015 via Anti Records

In their finest moments, Deafheaven are the best metal band of this decade.

There, I said it. Now you don’t need to bother reading the review to find out what camp I fall into, because when it comes to Deafheaven there are only two: the best thing to happen to music in ages, or pretentious hipster garbage. While there are certainly merits to both arguments, I personally find the band to be incredibly vibrant, passionate and emotional… manipulative or not.

With that out of the way, let’s talk about the album. The question we all want answered is, “Is it better than Sunbather?” The short answer is… well, there is no short answer.

Let’s start at the beginning. ‘Brought to the Water’ kicks things off with by far the most menacing black metal section the band has produced to date. George Clarke’s vocals have been brought to the forefront and he’s adjusted his style accordingly, sounding closer to a traditional black metal vocalist than the more screamo-oriented style he employed on Sunbather. But it’s not long before order is restored; the guitar tones gradually get lighter and in fact move dangerously close towards alt-rock territory. This is followed by a somewhat generic, but still beautiful, post-rock section that leads into an epic climax, characterised by a chord progression, which mimics Sixpence None the Richer’s ‘Kiss Me’. It’s the kind of comparison you can never unhear again, but fortunately it works.

A great start, right? Well, not entirely. The biggest problem with Deafheaven is their lack of consistency and New Bermuda shares this with Sunbather in that there are some really world-ending moments with a few dud parts thrown in too. The only disappointing aspect of ‘Brought to the Water’ is its ending: an awkward fadeout into a piano outro that serves no purpose. It’s clear that the band was short of ideas on how to end the song properly and opted instead for a short melodic interlude to lead neatly into the next track. This isn’t even the album’s worst crime, though. The biggest culprit is ‘Baby Blue’, which often feels like a series of random ideas thrown together and presented as one ‘song’. While the individual sections are actually all pretty cool, they just don’t work together as a whole. And let’s not even mention that bizarre wah-wah guitar solo, which really ought to have been left on the ‘crazy ideas that just don’t work’ table.

By contrast, ‘Luna’ is the album’s best cut because it stays cohesive all the way through and the post-rock climax at the end is the pay-off to a sprawling epic, rather than just simply another change of pace. There’s also this really bad-ass shift halfway through, where the major keys sound like they’re going to continue building, but instead take an unexpectedly dark turn. The final few minutes of the song sit comfortably alongside the epic conclusions to ‘Dream House’ and ‘The Pecan Tree’ that made Sunbather such a success. While it would be a bit of a stretch to say that it can rival those incredible crescendos, it is certainly the closest New Bermuda comes to replicating them. It’s a reminder of what Deafheaven can be when they’re at their best – truly cathartic.

The most strikingly different track is the closer, ‘Gifts for the Earth’, which is carried by a memorable post-punk/indie riff and George Clarke’s snarling vocals. Deafheaven have flirted with this sound before, but it’s never been as pronounced as it is here – were it not for the vocals, this could easily fit on a mewithoutYou record. The biggest problem with this song is the way it ends; in fact, it’s something that the final three tracks on the album all suffer from, which is a promising build-up thwarted by an underwhelming crescendo. While this certainly is the case, ‘Gifts for the Earth’ still contains one of New Bermuda’s most passionate moments. While critics of the band often claim that Deafheaven would be better off without Clarke’s vocals, I am firmly in the opposite camp due to the passion and intensity that they convey. This is especially true during the climax of ‘Gifts for the Earth’, where Clarke screams his lungs out as passionately as ever. Sadly, the ‘Champagne Supernova’ homage that follows means the song fizzles out rather than ending with a bang, but it’s still just pleasant enough to justify its inclusion.

So… is New Bermuda a better album than Sunbather? No, it isn’t. But it’s not a worse album, either. Frustratingly, Deafheaven have rectified the areas where Sunbather failed (no long, momentum-killing interludes, shorter running time, more variety), but also missed the mark on the aspects that made it such a success. It feels like a band moving sideways rather than forwards, which is not a bad thing considering their last album was one of the most acclaimed of the decade so far. However, it’s hard to imagine the same thing working again so they will have to set their sights even higher for their next release. For now, though, let’s just enjoy yet another excellent offering from the decade’s best metal band.