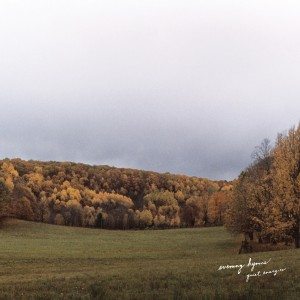 There’s little criticism to be found in an Evening Hymns album. Their last album, the hauntingly brilliant Spectral Dust, was phenomenal, weaving complex melodies into a moving set of songs. Quiet Energies attempts to continue this trend. Recorded in the aftermath of a move from the bustling Toronto to countryside Ontario, Quiet Energies captures the feeling of release that comes with such a move, but can’t seem to shake the melancholy of the band’s previous album.

When asked to describe what the album meant to him, Evening Hymns’ main-man, Jonas Bonnetta said that Quiet Energies was “the concept that all of this pent-up energy could be stored inside these quiet moments.” And listening to the album, it becomes clear what he means. There are more subdued undertones to the music. It’s relaxed, but not in a relieved way. Sadness still lies at the core of Bonnetta’s vocals, and the idea of some sort of inevitability is ever present. The music doesn’t so much as dwell in the past, but is born out of the band’s memories. It works, but not always. Even when the band seemingly tries to shake this underlying introspection, it’s still there, lingering under the surface.

That said, when the album embraces this rich sadness that infuses so much of its music, it really shines. Tracks like “If I Were Portal” and “Rescue Teams” are the standouts, capturing the soulfulness that has been so distilled. At these times, the album becomes its own, and the change between this album and the last becomes clear. Evening Hymns have matured, and the move to the countryside has seen a shaping of a different sound; it’s more down to earth.

My main criticism of the album is that it comes off a bit… uninspired, at times. The instrumentation is brilliant, don’t get me wrong, but the spark that made Spectral Dust so phenomenal is simply not present in the majority of Quiet Energies. It lacks excitement, with “House Of Mirrors” in particular sounding somewhat flat. In part, this comes from the inability to shake the emotions when they want to, and are left with a song of conflicting nature.

That said, Quiet Energies is ultimately a good album but it lacks unique personality. Melancholy seeps into where it is not always wanted, and, while the album shines when it uses this, the incoherence in theme makes it feel aimless however the technicalities of the instrumentation are tight, and there are no complaints from me regarding Bonnetta’s vocals.