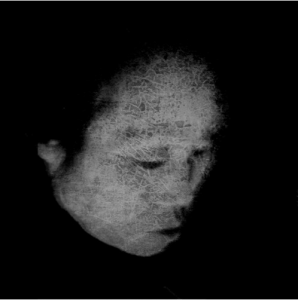 Moon Zero is the ambient/drone project of Tim Garratt. Following on from his Tombs & Loss Ep’s he now unleashes his début album on highly respected Denovali Records. Much like those Ep’s the album was recorded in St Georges Church in the East of London. Tim has stated that he only had a brief time slot to get recording but that it added to the creative process and that it brings a certain spontaneity.

Using a method of tape loops, bowed cymbals, and manipulation of recordings Moon Zero creates a dense layered sound. It can serve as meditative music to immerse yourself in or the soundtrack to a long journey or even contemplative moods or thoughts. There is tension in tracks like “The Solipsist” and “Nauru” which makes it hard to ignore or just treat as background music. The tracks contain moments of tranquil beauty rising out of the more oppressive and dark sound structures.

This is music that can be aligned to works by the genius of William Basinski, Stars Of The Lid and Brian Eno. The influence of such works and other sources are maybe obvious but there is nothing derivative and are inescapable when making music of this kind.

It is an album that requires patience and willingness to fully give yourself to in order to gain and experience its quality. However once it seeps in you will want to experience it again and again. Moon Zero has created an excellent and stirring debut and I look forward to more to come.