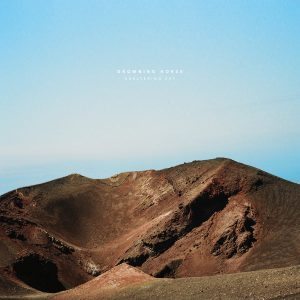 Released on October 22, 2015 via Art As Catharsis Records

When I think of Australia, blackened sludge metal is not what springs to mind. Even from the album artwork, this is not what I would have expected. The album artwork displays a clear blue sky with a barren, almost alien-like landscape beneath it. This hints that what is within is heavy, just not quite as heavy as this.

Drowning Horse are a band hailing from Perth, Australia. They have been around since 2010, and with an album and a split release with Gore Crow Tones under their belt, Sheltering Sky is next in line to pummel ear drums the world over. Focusing on a sound which I’d describe simply as their take on a blackened version of Neurosis’ Through Silver In Blood. They merge blackened harmonies and tremolo picking with thick and fuzzy bass lines, heavy as hell drums that are almost tribal in nature, searing electronic drones and deep, gut wrenching vocals. It brings Rosetta to mind, but that’s not quite accurate. The album itself is incredibly dense and epically sparse where it needs to be. The guitars sound so great, that at times they ring out like a gong over a tortured landscape of post apocalyptic doom, which the album artwork showcases wonderfully.

Clocking in at around the 69 minute mark over eight well crafted songs, this album is like a journey into a deep, dark abyss that swallows you whole, and rarely lets you come up to gasp for breath. They demonstrate the range of their dynamic skills effortlessly throughout the album, constantly playing to their strengths by making the vocals sparse, and letting the sheer power of the music do the talking. It’s filled with tense moments that build up from quiet sonic passages to full on tectonic shifts. For me, it’s not 100% there yet with regards to direction and harnessing their craft, but with this release, they are certainly on the road to something very special.

Opening track ‘Dead River’ showcases what this band are all about incredibly well, with a middle section that stretches further out than a slow walk across the Sahara desert, and I’d certainly recommend this as your starting point if you have never heard the band before.

Be warned though, it will consume you…