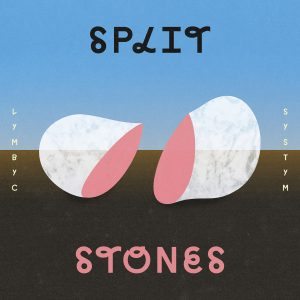 Lymbyc Systym are very slow to release new material, but there’s yet to be an album I didn’t fall in love with. It’s been three years since Symbolyst was released, just like the time between Symbolyst and Shutter Release, so I was expecting a new Lymbyc Systym album any day now, and Split Stones lives up to my high expectations.

It’s not really anything out of the ordinary for Lymbyc Systym, the brothers still lay down layer after layer to create soundscapes that are simultaneously soothing and engaging. Although the entire is in a similar vein of sounds, it never repeats itself or becomes boring. The sample found in the title track is especially entertaining with its 1950’s sci-fi narration sort of sound, the transition from the sample to the music is easily my favorite part of the album.

The production itself is still just as good as ever. Everything sounds expertly equalized, and you can hear everything clearly. The composition and instrumentation choices are deceptively diverse, most everything you hear requires the same skills as any keyboard, like a marimba or xylophone. It wouldn’t take much time to transition from one to the other, but it makes for an easy way to diversify your sound. The synth tones alone are equally varied, with sounds ranging from 70’s horror film style noises, to game boy blips. They make excellent use of what they have.

Overall, this album has superb grooves, beats you can’t help but nod to, and music that will stick with you long after the album is done. I highly recommend this album, and it’s definitely a hefty contender for my album of the year list.