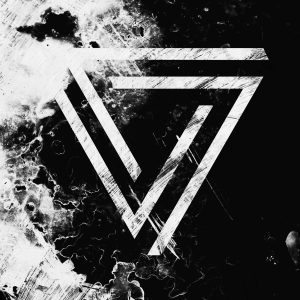 Released on January 29, 2016 via Independent

There’s something dazzling about Fever Daydream. It is, unfortunately, extremely hard to review. Not because it’s bad; rather, it’s very good. The issue lies in the fact that it’s synth-pop, and because it’s great synth-pop, dancing is inevitable. Which makes sitting down and typing out words about how much I love this album a struggle. Even as I sit in my favourite coffee bar, I’m bobbing my head, tapping my foot and generally making a fool of myself in public.

Fever Daydream is the debut album from The Black Queen, a three piece consisting of Greg Puciato, Joshua Eustis and Steven Alexander, and it’s promising. Formed from the base theme of seeking beauty in chaos, hope amongst the bleakest of situations, the trio is something special. And there’s evidence of this theme in the way the album plays out over its 42 minute runtime. It’s a commentary on the tumultuous nature of life, in addition to be a damned fine dance album. Evidence of each of the member’s personal struggles can be heard in the darker tracks, but, more importantly, there’s passion in the production. Fever Daydream was a port in the storm for each of them, and it comes across.

As I said; very promising. There’s great sound in the 10-track album, inspiring a couple of really weird feelings. The album is like the soundtrack to a 80’s sci-fi/vice cop movie that was never made. In fact, the closest thing to a visual companion to the Fever Daydream is the 2015 short film Kung Fury. Each song is a masterpiece of nostalgia for a time that never existed.

Conceived over the course of 2014 in a desolate and rundown warehouse in Downtown LA, there are two distinct sides to the album. There’s the neon-lit, bass-thumping tracks that bleed colour and fast paced imagery. This is the fun area of the record, where it’s easy to picture a police chase through the streets, two DeLoreans intertwining with each other (yes I’ve thought too much about this image). ‘Ice to Never’ is the prime example of this, with the beautiful vocals blending over airy pads and rapid drumming to form an anthem to the cyber dreams of the 80’s. These types of songs are where the influence of Justin Meldal-Johnsen (of M83 fame), who was the executive producer and resident advice-giver for the album, can be heard.

The other aspect of the record is darker and grittier. Born of the late nights agonising over the creation of the album, songs like ‘The End Where We Start’ and ‘Taman Shud’ consist of grounded synths pounding alongside thudding drumbeats. It’s visceral. There are no smiles here, no coloured lights to brighten the mood. Night has fallen, and the music soundtracks LA’s darker side. Puciato mentions the importance of these tracks, and that it was about “going into the void because you know something beautiful is still in there, and not stopping until you get to it.” There’s sadness to the night tracks, but not melancholy. It never feels unjustified, and the brooding is always meaningful. “Leave all your shame behind the doors / Somethings just can’t last forever” sings Puciato during ‘Maybe We Should’, and the weight of his words is apparent. These songs are pleas to be understood, and maybe even a warning to how life can be unreasonably shitty at times.

Which is why, all things considered, it’s a miracle just how well it works. The sci-fi inspired pastel-coloured tracks don’t clash with the more introspective and darker songs, but rather contrast. The structure of the album resembles the passing of days, with a lighter and more playful song being preceding the change of tone that the night-songs bring. Then it’s back to the day and spacey synths, a loop that remains largely consistent for the album. Seriously, this is good structure.

Ultimately, Fever Daydream delivers. It’s a superb collection of songs, and it really offers something for everyone (as long as you like 80’s style synth-pop). You can go into the album looking for a quick dance, set it to random and groove along to the beats The Black Queen have crafted. And you will have a great time with that. But, for me at least (maybe because I’m too much of a wanker for my own good), the true beauty lies in the structure, and the subsequent contrast of fun, light dance beats that would be most at home played amongst the palm trees of LA, against thoughtful and gritty musings. In examining their own lives, and how there’s beauty in chaos, The Black Queen may have crafted one of the best dream-pop albums of modern times. Highly recommended.