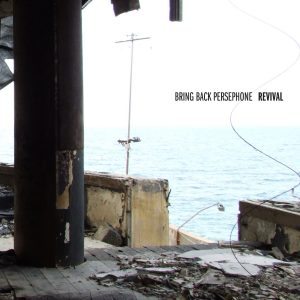 Released on February 19, 2016 via Redfield Digital

Bring Back Persephone are a metalcore/post-hardcore outfit hailing from Greece who have existed since 2006 in various stop-start incarnations. Revival is only their third EP release in that time, but they have evidently been using this time well as a mighty fine effort it is too.

Taking the intro out of the equation we have four slices of metalcore heavily influenced by the American style of the genre recalling the likes of Shai Hulud and for once not forgetting about the hardcore aspect of the style that some bands often do.

Intro track ‘Revival’ is suitably effective with synths, effects and marching drum pattern steadily increasing in momentum and building the tension for ‘Self Imprisonment’ to explode in a flurry of metalcore riffing and growled vocals. In fact the frontman is the biggest surprise with an impressive death metal bark that add impetus to proceedings. It’s not long before the melodically inclined post-hardcore element comes out in the music, but thankfully at no point do they succumb to “twee” clean vocal segments. On the other hand the gang chants in the full on hardcore sections are disappointingly underutilised, however they certainly know their way around many a RIFF as these first three minutes are chock full of them and the constant change in dynamic works in their favour.

‘Shatter All Enemies To Ashes’ wastes no momentum opening with a heavy breakdown segment that transitions into a sweet ‘traditional’ hardcore passage and back again. In fact they nail all their transitions with impressive groove as before you know it this song moves from hardcore to melodeath to nu metal to djent and back again without missing a beat, while the scathing vocals keeps the whole situation grounded. And we happily get more gang chants to add character to the sound and ending of impressive cacophony.

‘Ferocious Desolation’ is pretty much “generic” post-hardcore, but that’s no bad thing when it’s done really well like it is here, while final track ‘Servants Of The Ocean’ ups the metal considerably with sharp jabbing death metal riffing interspersed amongst the band’s template sound.

If the goal of this EP was a taster of what’s to come then consider my interest piqued.