Friday evening saw the album launch concert at London’s The Black Heart for progressive post-metallers Latitudes’ latest masterpiece, Old Sunlight, easily one of the best releases of 2016 so far. The evening also exemplified the great and the not-quite-so-great of this often thrilling, occasionally dull, niche of metal.

Don’t get me wrong, I love all things post-. Post­-rock, post-modernism, post-metal, post-it notes, post-hardcore. But post-rock, and by extension, post-metal, comes with problems engrained in the genre, carried over from band to post-band as a matter of tradition, like a dodgy gene. Musically, there is a certain accessibility to post-rock. Technicality and virtuosic instrumentation are eschewed for dreamy shoegaze with extended effects-laden passages, rocking your figurative crib to lullaby you into trance-like slumber. Unfortunately, it’s all too easy – for this reviewer at least – for that slumber to move from the aesthetic to the intellectual, an attention test that asks you to put aside your expectations that music should come with hooks; theme development; a beginning, middle, and end. It takes a very special skill to mix together the the right ingredients to achieve all of this while keeping a vice-like grip on your focus. Latitudes exude this skill in metal-laden bucket loads and should be looked upon as the gold standard for others to follow. 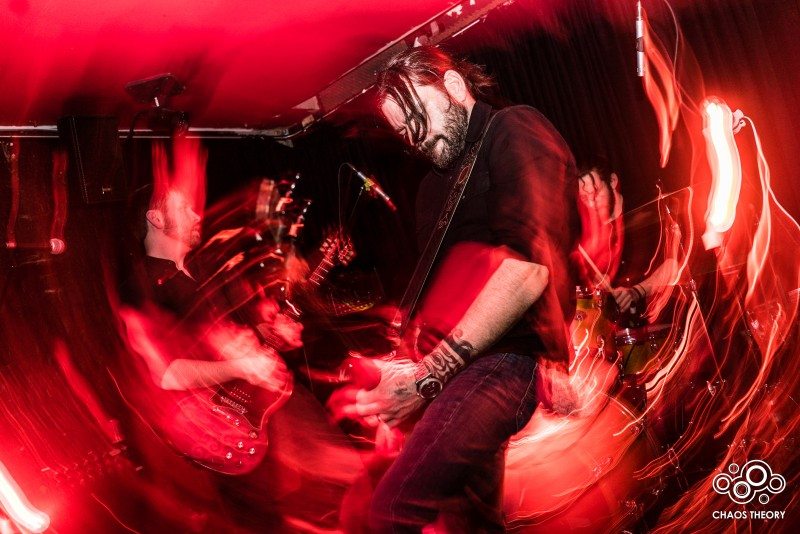 The evening began with the catchily-named P S O T Y, a largely instrumental three-piece from Peterborough who exist more on the rock end of the post spectrum. P S O T Y show promise of a great lyricism, with the bass carrying the melody and the guitar handling the ambient gaze. But this promise was too frequently let down by a lack of actual songs with no sense of journey or resolution. There was a lack of interesting progression on the themes that were there, at least not enough to reliably keep my attention. It’s quite common for progressive music artists to gradually shorten their songs as they get older as they realise something very important: get across your point succinctly. I certainly want to hear more from P S O T Y, but I think their songwriting has a lot of room to mature and I think they would benefit from introducing an alternative lead instrument because for me, the bass guitar struggles to take on this duty. 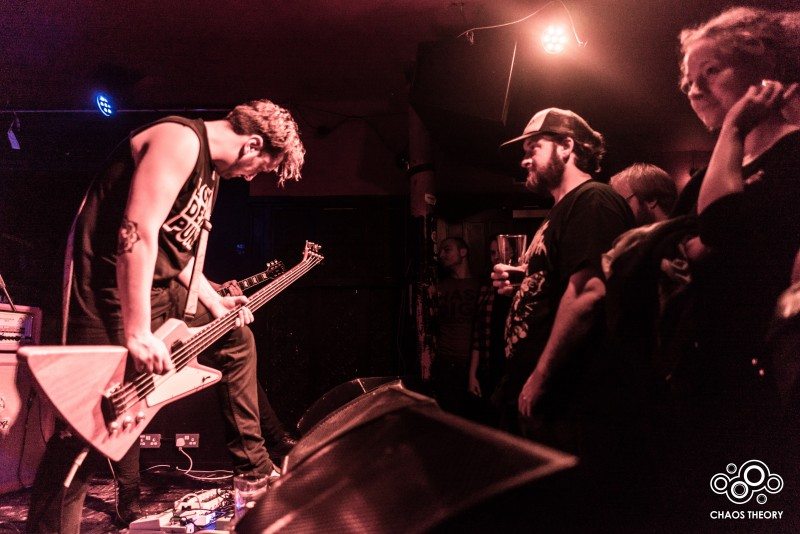 Things instantly perked up when Telepathy take the stage. Telepathy are a Colchester-based instrumental quartet who use dynamic tempo shifts to keep things interesting and for the most part it is their drummer Albert Turek who is crucial in driving the music forward. Fills were frequent, bringing Brann Dailor of Mastodon to mind on a few occasions, but Turek’s choices were more carefully chosen, with the balanced relationship between the snare and bass exhibited in his playing masterfully positioning the highs and lows in the mix. These highs and lows were mirrored in the often sludgy guitar work, producing a sonic spectrum that was wide and exciting. The tempo continued to be unexpectedly disrupted through blast beats and odd time signatures. As can often happen within instrumental metal, there were times when the music felt more like an interlude to something bigger, and the music might benefit from showing a greater variation in songwriting. But coming to the end of Telepathy’s set, one thing is clear: the black heart is beating. 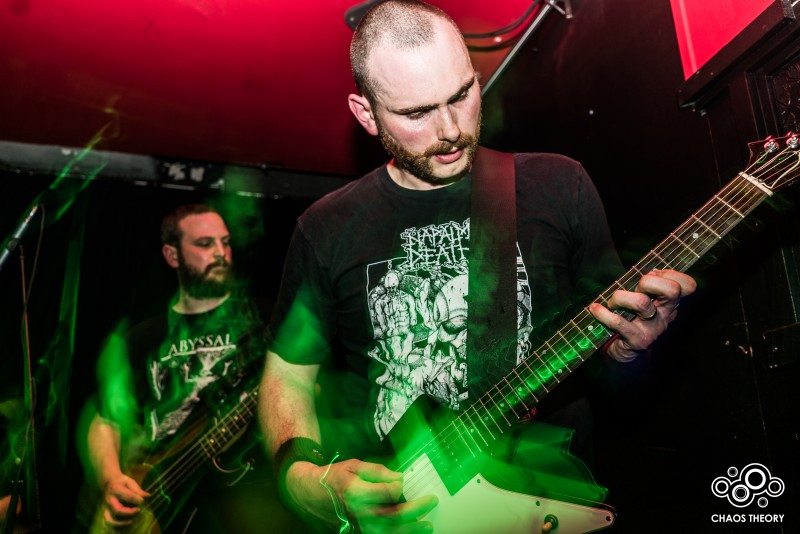 By the time Latitudes were readying themselves for their set, the venue was heaving and there was a steamy air of anticipation for the headliners. The music kicked off with Old Sunlight’s first track, ‘Ordalian’, nine lush and consistently engaging minutes of the finest post-metal money can buy. There is something very special and luxurious about the tone of Latitudes’ guitars; the texture is velvety and the blend of smooth, rapidly-picked sections with chugged and highly rhythmic riffs provides both a tonally-rich timbre and an energetic impetus that pushes the music forwards. The set list spanned multiple albums and it’s testament to Latitudes’ inimitable style that songs don’t feel incongruous sat side by side. Whilst The Black Heart is a great intimate venue, Latitudes’ over-whelming and expansive sound would benefit from a larger space to fill. In that small room the sound couldn’t help but become slightly muddied, and because the variation in tone and rhythm of the guitars is so central to Latitudes’ sound, an element of the magic captured on the album was lost in the live performance. The same goes for the vocals which, while always sparse in recording, would have benefited from more definition. Songs begin and end with the ring and feedback of guitars which is all the interlude I think is needed; I’d even appreciate there being no applause in-between songs and see them more as movements within a larger, singular piece of music. It is Latitudes’ sheer class, instrumentally and musically, that leads me to raise these sorts of criticisms in a performance that was otherwise exquisite. Beautiful, dynamic, and incredibly focused, Latitudes continue to carry the torch for expressive and artistic metal that shows how subtleties in texture and tone are essential ingredients in creating engaging post-metal.