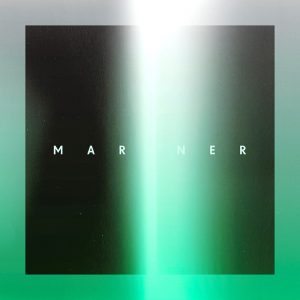 Released on April 8, 2016 via Indie Recordings

Cult of Luna stand as one of the most influential bands in the “post-metal” tradition. The Beyond, released in 2003, has become a genre classic. It’s an album of immense sonic weight, and represents the band’s establishment of the unique slow, grinding style that countless others have sought to emulate. On their fourth album, Somewhere Along The Highway, Cult of Luna subdued their trademark heaviness in favour of more melancholic, reflective passages and expanded instrumentation. For me this release – with its excellent compositions, beautiful dynamic range, and strong melodic undercurrent – has always represented the band at the peak of their powers. By contrast I felt the Eternal Kingdom was something of a regression. While certainly by no means poor, I found it difficult to differentiate the songs from one another. Many of the riffs and transitions suggested the band was repeating itself.

After Eternal Kingdom, Cult of Luna fell quiet for a number of years, perhaps experiencing something of a creative crisis. Eventually they resurfaced with the Vertikal releases, which offered a dense post-apocalyptic vision marked by harsh textures and a cold, industrial aesthetic. While these releases were sonically interesting, the songs themselves sounded a little stiff. With a full decade having passed since Somewhere Along The Highway, I began to wonder if the band could ever again regain their former heights.

When the collaboration with Julie Christmas was announced I could not contain my excitement. I have long been an admirer of Christmas’ work in Battle Of Mice, and her ambitious solo effort, The Bad Wife, showed an abundance of unrealised potential. My hope was that Christmas would help push the Swedes back towards dynamics and melody, and that, in turn, Cult of Luna could supply Julie with stronger compositions.

I was certainly not been disappointed.

Mariner opens with a warm drone and minimalist piano line that immediately recalls Somewhere Along The Highway’s more reflective moments. After three minutes of drifting we are dropped into a cacophonous wall of sound, where throat-shredding screams lay atop a base of pounding drums and sludgy chords, with Christmas’ voice hovering ethereally in the background.

As ever, the production of Magnus Lindberg is masterful: songs are earth-shatteringly heavy when they need to be, but pull back to breathe in more minimalist sections. Balancing so many elements is no easy feat. The harsh vocals of Johannes and Fredrik mix wonderfully with Julie’s vocal style, neither overpowering one another but rather supplementing and enhancing.

For her part, Christmas’ performance is fantastic. Her full range is on display: variously sweet, melancholic, deranged or utterly terrifying at any given moment. Similarly, the songs run the full breadth of Cult of Luna’s back catalog and then some: ‘Chevron’ calls to mind the straight-forward brutality The Beyond, whereas ‘The Wreck of S.S. Needle’ boasts the post-apocalyptic atmosphere of Vertikal.

This isn’t to say that Mariner is a mere rehash, either. Cult of Luna have worked to further develop their style. ‘Approaching Transition’ is perhaps the bleakest song the band have recorded to date, culminating in a crescendo of trudging sludge misery. The oppressive black-metal influenced lead lines bring to mind the excellent French outfit Year Of No Light, while the melodic component reminds me of Johannes’ other project, Khoma. By contrast, some sections of the album closer ‘Cygnus’ can feel a little too familiar to some tracks off Eternal Kingdom. With Christmas’ input however, the song eventually manages to move into some fresher territory.

After languishing in “the cold harshness of the mechanical city” for so long, Mariner shows Cult of Luna returning to warmth. With the introduction of Julie Christmas, the band seem reinvigorated, shaking off the more sterile aesthetic of their recent releases and embracing once more the spirit of Somewhere Along The Highway in order to produce an album that is varied and always engaging.

Fans rejoice, for Cult of Luna have blessed us with their finest release in a decade. The towering figures of post-metal are back, and it feels good.