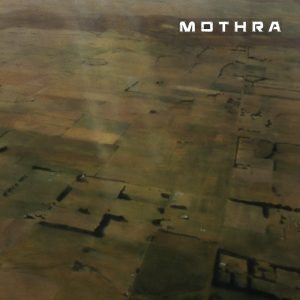 Released on February 12, 2016 via Independent

If you’ve ever run for hours on bleak, wintry heathland, or scaled a windswept mountain, or watched storm surf pound a beach of black sand, you’ll know what I’m talking about when I say that when witnessing nature’s awe – usually on a run that is longer than necessary – I compose imaginary soundtracks in my head. These cerebral tunes tend to be heavy. And devoid of vocals, but with a lot of palm-muted riffage. Seldom do they follow an orthodox 4/4 rock ‘n’ roll format. As if Tool were given the job of composing the background music for an alpine tourism promotional video: as the helicopter flies over a perilous yet pristine landscape, a large slab of guitar which hits you right in the solar plexus thunders through the speakers.

So it’s serendipitous that Mothra have taken the trouble to make an album that sounds just like that. And unlike my tunes, which never venture from my brain, Mothra‘s ones actually exist. Decision Process has been five years in the making, the lengthy gestation owing to the difficulties that many bands are familiar with, of financial shortages, mixing wrangles, creative differences and life getting in the way. But we should be glad the songs have seen the light of day. Because many a headspace deserves to be enriched by these noises.

Mothra hail from Auckland, the largest city in New Zealand, a country known for its share of hard rock and lo-fi indie, but less notable for intelligent heavy music. And although this album has a ‘big city’ sheen – commendable because this is largely self-produced – there are passages that transport you to the wide open spaces that lie west, north and south of the kiwi big smoke.

Like ‘Escapism’, with the way it alternates between a muted beginning that could have come from Tool’s 10,000 Days and a shimmering widescreen riff that threatens to blow your mind. It’s made for throwing yourself down a sand dune on Karekare Beach (a wild, desolate, stunning stretch of sand west of Auckland – made famous from the film The Piano). Or the final song, the title track, with its post-rock elements and layered guitars, complete with pick-slide shots ringing out in the background. A towering, glowering tune ideal for scaling the scree and snow-covered slopes of Mount Ruapehu, a few hours’ south of Auckland.

I could go on about the rest of the tracks (there are 12 plus a ‘hidden’ one), but that would only plant pictures in your head – and one thing that I enjoyed about this album was the images that my imagination conjured. One advantage of having an album with no vocals; it enables the listener’s mind wander like a nomad. And it must be said, the light and shade, differing textures and refusal of Mothra to stick with orthodox hooks throughout makes this album one that not only opens your mind, but makes it work.

I will, however, mention one more song: the opener, ‘Awake the Machine’. Its crushing riff juxtaposed with clean guitar that glistens like an untouched forest stream gives you an excellent primer into what the rest of the album could deliver. And it does. At over an hour long, some may argue that it could have done with some trimming, but hey, it took five years – you can understand why they didn’t want to ditch any of their babies.

Plus, soundtracks to long runs are supposed to be long. And big. This is both. And smart too.